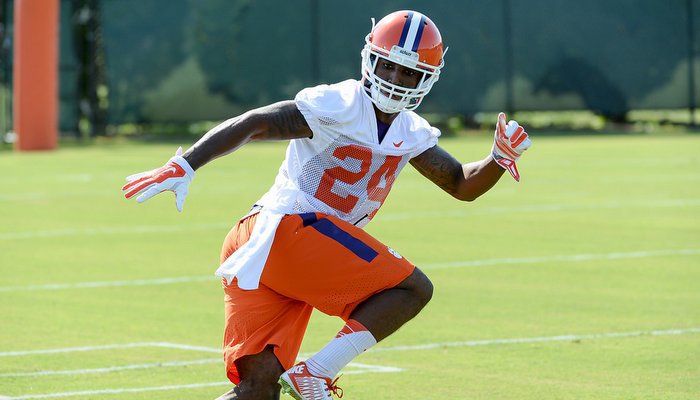 I have not been surprised by any of the information about which underclassmen are staying and which are leaving. I think it was a widely known for a while now that Shaw Lawson, Jayron Kearse, and Mackensie Alexander made their minds up months ago. On my radio show, we had a caller back in October from Kevin Dodd's hometown that told us Dodd had told his friends months ago that he was leaving early. T.J. Green wasn't on the radar until about the mid-point of the season, but our sources told us they thought Green was also leaning towards leaving for a few months.

With the injury in the season opener, it was not a surprise Mike Williams is coming back. He didn't have much of a choice. Many thought Jordan Leggett was heading to the NFL, but our sources began to indicate that he was likely to come back to school.

We received word in the last week or so that Wayne Gallman's family was telling people he was coming back to school. That information held up when the Wayne Train announced yesterday that he was returning to school.

So with no major surprises so far, the underclassmen scoreboard reads: Leaving 5, Staying 3. The only two others we are tracking are Carlos Watkins and Cordrea Tankersley. At this point, we expect both to return to school.

This program is loaded at so many positions and should be one of the deepest teams in the country at most positions.

Clemson loses seniors C.J. Davidson and Zac Brooks at running back, but Gallman's return is huge. Adam Choice returns from ACL surgery and has a chance to be a very good back. C.J. Fuller and Tyshon Dye will also be in the mix, and Clemson adds Tavien Feaster in the incoming class.

Charone Peake at wide receiver but this could be the best unit in America. Williams might be the best receiver in the country. If Deon Cain makes it out of the doghouse, he could have a tremendous year. Hunter Renfrow, Ray Ray McCloud, Germone Hopper, Artavis Scott, Trevion Thompson and Shadell Bell return. T.J. Chase, Cornell Powell, and Diondre Overton are coming into an amazing group of players.

Stanton Seckinger at tight end is gone, but Leggett returns to lead a strong group. Garrett Williams, Milan Richard and Cannon Smith will get more reps, and J.C. Chalk is in the incoming class.

Ryan Norton, Joe Gore and Eric MacLain on the offensive line but Mitch Hyatt, Jay Guillermo, and Tyrone Crowder return. Jake Fruhmorgen, Taylor Hearn, Maverick Morris, Justin Falcinelli, Noah Green and Zac Giella will help make up a terrific front. Depth could be an issue here, but I like this unit.

On defense, Lawson, Dodd are gone at defensive end. Austin Bryant and Richard Yeargin have the inside track on the new starting spots. Chris Register and Dane Rogers have a big chance in the spring. Look for Clelin Ferrell to make a big push for a starting spot after red-shirting this past season. Xavier Kelly and LaSamuel Davis are the encoders here. This is another position where depth is a concern.

D.J. Reader and Rod Byers are gone at defensive tackle, but a great group returns. Christian Wilkins and Carlos Watkins are All-American candidates. Scott Pagano, Albert Huggins, Jabril Robinson, Gage Cervenka and Sterling Johnson will be the depth, but Dexter Lawrence will have a high impact as a true freshman. This is perhaps the best group of defensive tackles in the country.

B.J. Goodson. Matin Aiken, T.J. Burrell, Travis Blanks at linebacker. Ben Boulware is the only returning starter here. Jaylon Williams and Kendall Joseph got some experience this season. Chad Smith. Tre Lamar and Shaq Smith will have a big chance this spring. At the Sam spot, Dorian O'Daniel and Korrin Wiggins return. Wiggins may also move back to safety if needed and Tanner Muse could play here or safety.

Kearse and Green at safety and Alexander at corner will leave the biggest voids. At safety, Wiggins, Jadar Johnson, Vann Smth and Jefferie Gibson are the leaders for spots among the guys who have played. Muse impressed as a redshirt but could grow into the SAM linebacker. Depth could be a concern at safety.

At corner, Tankersley would be a big star if he returns. Mark Fields, Adrian Baker, Ryan Carter and Marcus Edmonds have some experience. Denzel Johnson and Caleb Chalmers red-shirted and will get a long look this spring.

Greg Huegel and Andy Teasdall return as the kicker and punter. I would think Scott, McCloud, and Powell will get the first look at the returners' spots.

And oh yeah, Deshaun Watson is back. It never hurts to get back the best player in college football. Kelly Bryant will continue to develop, and Zerrick Cooper could red-shirt and get ready to compete in 2017.

Seasons are long and depth is always a key. I believe this team will enter 2016 as the nation's number one team and could be as deep as any program in the country.