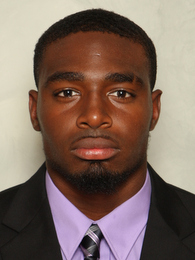 Linebacker
B I O
Sophomore who has been a primary backup at linebacker ... has also been a contributor on special teams ... has 13 tackles, one tackle for loss and one pass breakup in 96 snaps over 23 games in his career.