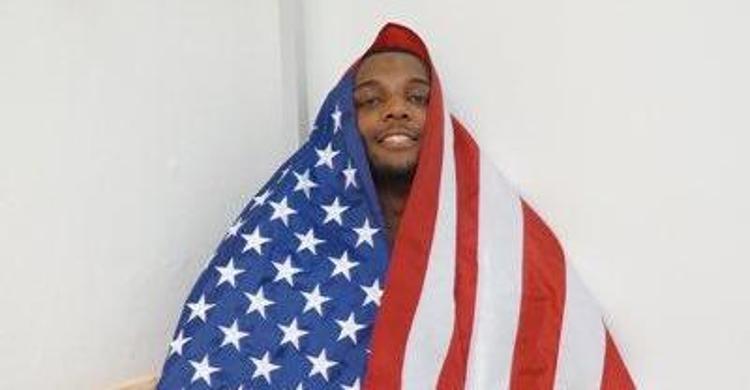 Simms wears the flag after the gold medal win

CLEMSON – Clemson forward Aamir Simms watched the final seconds tick off the clock in the Tigers’ win over Ukraine, grabbed the American flag and did a lap around the court. It was a moment he will never forget.

John Newman III scored a game-high 20 points with a team-high seven rebounds, as the United States, composed of 2019-20 Clemson players, defeated Ukraine 85-63 to win the gold medal in the World University Games at Palasport Del Mauro.

The United States, who won their 15th gold medal in men’s basketball at the World University Games, finished the tournament with a 6-0 record and won their first gold medal since 2015 and second since 2005 at the biennial event.

Simms played in all six games, averaging a team-high 15.2 points per game and a team-high 9.8 rebounds per game. His proudest moment, however, was celebrating with the flag.

“Obviously, if you saw the video, I was ecstatic, I was speechless,” Simms told TigerNet Saturday night. “I couldn’t do anything. I just an unbelievable amount of energy in my body. As you could see, I was dancing around with the flag smiling from ear to ear like I am right now. It was just an indescribable moment that I’ll never forget. That will be with me for the rest of my life.”

Winning a gold medal was “unimaginable.”

“I think as a basketball player, you think of every level as an athlete - college, high school, the Olympics, the pros,” he said. “That’s something I always told myself that I would love to experience. This is not the Olympics - it’s right below it - but the feeling of putting that gold medal around your neck is unimaginable. That’s something I thought about every day and it feels amazing to accomplish that.”

The Tigers went to Italy with a bevy of new players and Simms was unsure how team chemistry would play out.

“That was one of the scariest things I felt early on - I was nervous about how we would click as a team. We were practicing for six or seven weeks and it was kind of pushed together because Tevin (Mack) didn’t get until two weeks before and the other guys didn’t here until later,” Simms said. “It was chaotic getting everyone here on time. Great teams have to be connected and that’s something Coach Brownell always talks about in the film room is that great teams are always connected. We all get along so well and we all have the same passion on the court we’re all chasing one goal so having that same mindset kind of pushed us all together for us to do what we needed to do.”

“It’s been a great two-week experience culminating with the gold medal. Our guys really put that as something they wanted to accomplish and the deeper we got into the tournament the more we felt it could be a reality,” Brownell aid. “I think it took us a couple of games to get used to the rules a little bit and get comfortable playing together. We had some different rotations and had to learn some things about our team and it was an incredible experience.”