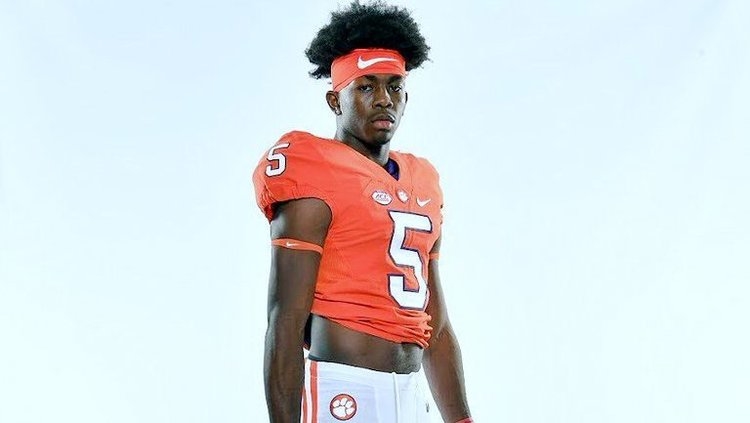 Clemson added a seventh 5-star-rated prospect to its 2018 class with the ESPN2-televised commitment of receiver Justyn Ross Wednesday afternoon.

The elite playmaker said during the announcement that Clemson felt like home.

"When I was up there, it just felt like family," Ross said. "Even though we were out of state, they made me and my family feel like it was home. That played a big part. It just felt like home."

Ross' relationship with Swinney was a huge factor in pushing the Tigers on top for his services.

"Just how down to earth he is. How involved he is with his players," Ross said. That means a lot to me. I want to have a great relationship with my head coach."

Ross also said Trevor Lawrence being on board with the class "made a great impact" on his decision.

He is a second 5-star receiver to join the Tigers’ 2018 group, in addition to South Pointe (S.C.)’s Derion Kendrick. Also on the offensive side, No. 1 overall prospect Trevor Lawrence anchors the class at quarterback, as well as 5-star offensive lineman Jackson Carman.

The Central High School (Ala.) product totaled 730 receiving yards in 37 catches with 13 touchdowns in his senior season.

Ross is the first No. 1 prospect in Alabama to leave the state since Jameis Winston in 2012.

Ross’ commitment moves Clemson to fifth in 247Sports’ Composite rankings, and matches No. 1-rated Georgia for the number of 5-star signees currently.

Brings to Clemson: Ross is a special talent. He uses his size to go up and make plays, but he can also make a cut on a slant and leave a defender in his dust, which shows in his ability as a returner as well. Ross fits the mold and more of what Clemson builds on and sends to the pros with regularity.

Depth chart fit: Standing at 6-foot-4, Ross is an ideal fit for the boundary/9-man receiver, and with Deon Cain moving on, the opportunity is there for some meaningful playing time. Ross isn’t limited to the 9-man, however, and could move around to get on the field at the same time with talents like Tee Higgins.

So happy to welcome Justyn Ross and his special family to our #ClemsonFamily #WRU @_Jross5 @ClemsonFB pic.twitter.com/0hI3ZpqTtL

We making History at @ClemsonFB ....... Best is the Standard!!!! #ALLIN pic.twitter.com/RPNevCf54d