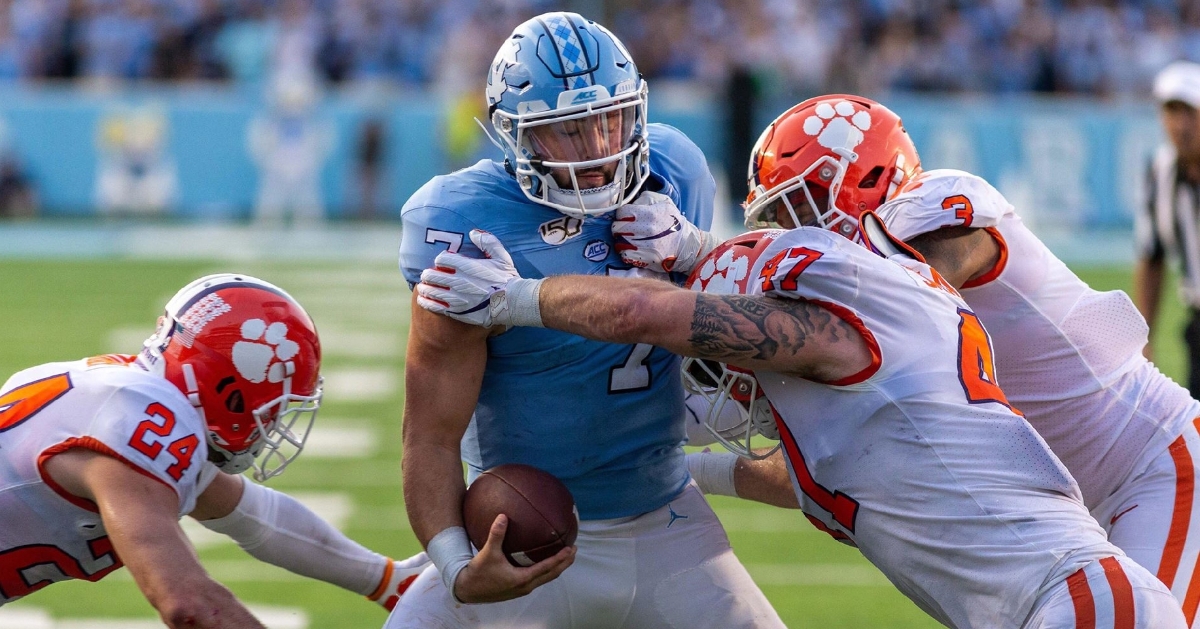 Clemson went into weekend as the nation's top-ranked team and came out with some question marks and down a spot after a one-point win at UNC Saturday.

TigerNet tackles week five for the Tigers with the key takeaways and game grades.

What we know about Clemson football (week five)

* For whatever reason, it seems like recent Clemson teams have struggled heading into the off week. Whether it’s just looking forward to a week to recover or a looking forward to week to exhale, if you will, after a two-month grind, something always seems to just be off in these type of games.

However, no matter when the off week falls in the season, Clemson has come back better and stronger than they were during the first stretch run. The week of self-scouting, healing and getting back to fundamentals has paid dividends for the Tigers in the past.

After talking with the players and coaches after Saturday’s win, they seem to already know where the mistakes were made, where they can improve and what they need to do to take that next step. There are 80 ‘new’ players on this 2019 squad (freshman and sophomores), but guys like K’Von Wallace, Isaiah Simmons and Trevor Lawrence know what it takes to win.

Make no mistake, they celebrated, and they enjoyed the 21-20 win over North Carolina, but if they want to reach their ultimate goals, they know what it takes and that should make Clemson fans breathe a little easier. - Nikki Hood 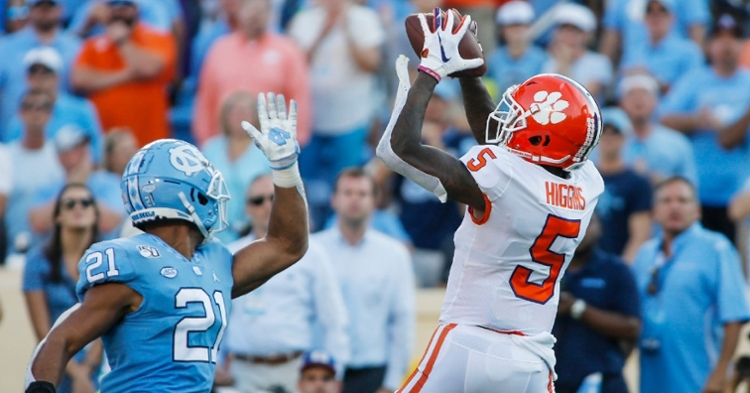 * Sitting in the press box about 20 minutes before kickoff, I turned to Nikki and said that this was the first time I was nervous about a game since the Sugar Bowl against Alabama. A highly-motivated opponent that is well-coached, the game before an open date and it’s on the road, and an offense that really hasn’t play a lot of snaps together over the last two weeks.

It all added up to a close game, closer than I originally thought, and I told her to buckle the proverbial chinstrap because we were in for a wild one.

It was a wild one but maybe, just maybe, the Tigers needed this kind of game. Maybe they needed to see that if they don’t bring their “A-game” every week they can get beat. Head coach Dabo Swinney told the media Tuesday at his press conference and Wednesday after practice that North Carolina could walk away with the win. It makes me wonder if practice wasn’t as sharp as it should be.

The good news is they have two weeks to work on the pre-snap penalties and the silly mistakes that seemed to plague the team Saturday. This is also a group that has been going hard every day since the first day of August, and they need a break. I expect the coaches will give the players a few days to get their legs back under them and then you’ll see some practices that get back to the fundamentals.

Two years ago, in a similar situation, the Tigers left Syracuse with a loss and spent two weeks dwelling on it. This time it’s a win, but there are plenty of teachable moments on the game tape. -- David Hood

* Going into the first of two bye weeks this season, there have been two main narratives about the Tigers: 1. The defense, with plenty of Brent Venables’ genius, has stepped up after so many departures from last year. 2. The offense, which carried so much hype from last year’s finish, hasn’t quite been right consistently.

We saw elements of both of those on Saturday, with the latter more relevant in how it struggled to complement the former’s solid work through much of the game.

Unfortunately for Lawrence and company perception-wise, they’re not just playing their 2019 opponents but also the ghost of a 2018 Clemson offense that steamrolled opponents down the stretch. Lawrence and Justyn Ross are probably the prime examples -- and therefore differences -- in execution between those two units.

UNC presented a scheme that had Lawrence hang on to the ball a little longer than he would like and largely took away some of the deeper throws Lawrence wanted to hit. He finished with 6.9 yards per pass attempt on 30 tries, staying away from the interception issues in earlier games and using his legs to extend a couple plays and also average 5.4 yards a rush. Some throws he connected on with ease last season have been more of a struggle as a sophomore, with teams having more video on him a factor -- at some level -- over the course of games.

Ross’ catch rate on targets dropped to 54.5 percent, with three catches in seven targets for 47 yards on Saturday. He holds a 6.6 yards per target rate now after averaging 13.9 yards per target last season. On the plus side, Tee Higgins continued to thrive this campaign with his third TD and six receptions in eight targets for 129 yards.

It wasn’t a banner day for the ground game either and the multitude of pre-snap penalties didn’t help any aspect of the Clemson offense with down-and-distance situations. While likely playing what the defense showed pre-snap, you’re left wondering if Clemson would have eventually found some holes running with more touches for Travis Etienne -- notwithstanding the fumble -- and Lyn-J Dixon. With what they did see, it was less than efficient and reminiscent of the Texas A&M game. Etienne averaged only four yards per carry with one score in each of those games and 10.9 yards per carry in the other two Power 5 conference matchups.

No coincidence that Clemson was held under 400 yards in both and posted over 600 yards in the others. The run game seems to set up a more balanced, potent attack overall.

For reasons best known to those around the Reeves Football Complex, the Clemson offensive gameplans and execution aren’t displaying what we saw down the stretch last season. Looking at the national narratives, continuing that way could very well mean the Tigers won’t control a more streamlined Playoff destiny from Atlanta to New Orleans. The first College Football Playoff ranking is Nov. 5 and the Tigers have the next month or so to work their way back into the conversation for a No. 1 spot that doesn’t mean a great deal now -- but could mean something in December. (And sure, a 1-seed hasn’t won it all yet, but a trend like that is due to end). - Brandon Rink

A rash of mental errors and missed connections had the Clemson offense helping the well-coached Tar Heel defense out -- and made the Tigers sweat it out to the finish, but Lawrence hit enough throws to move the chains and they ultimately scored the necessary one more point for victory.

The Tar Heels caught Clemson early with its scripted plays, scored again after the game’s one turnover and then converted two fourth downs and a third down in an 8-plus-minute drive to take the Tigers to the brink -- but Venables’ group stood tall on the final 2-point play to preserve the win and contained UNC effectively most of the game.

Lost in the overall effort was a strong performance from punter Will Spiers, who had a long of 54 yards and averaged 45.8 an attempt -- without any return yardage from the Tar Heels. Freshman Joseph Ngata and the kick return team had some success with 34 yards per return. On the negative side, a shanked shorter field goal attempt from B.T. Potter could’ve been one that really mattered if the 2-point try went the other way.