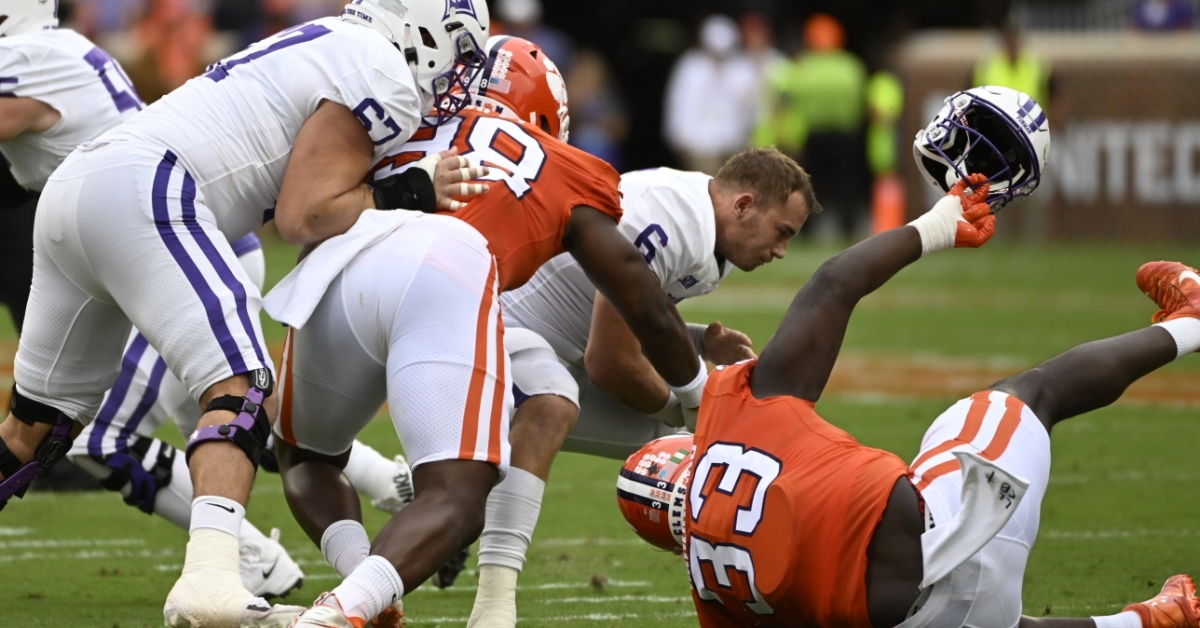 The Tigers put up of over 300 yards of total offense and 28 points in the first half, but scored just seven points in the second half on just 56 total yards as No. 4/5 Clemson defeated Furman 35-12 on an overcast day in Death Valley.

Clemson put up 306 total yards of offense in the first half while the defense was gashed by the Furman screen game, and both teams struggled in the second half. However, Furman outgained Clemson by 100 yards in the second half (170-70) and 384-376 for the game. Furman was 10-for-18 on third down (56%).

Both teams excelled offensively in the first half. The Paladins won the toss and elected to defer, and Uiagalelei led the Tigers down the field on a 7-play, 75-yard scoring drive. A 25-yard pass to Joseph Ngata set up Will Shipley’s one-yard touchdown run and a 7-0 lead.

The Paladins weren’t awed, however, and took the ball at the defense, and their first drive ended with a 30-yard field goal by Luke Bynum that made it 7-3 midway through the first quarter.

On the Tigers’ ensuing possession, EJ Williams caught two passes for 24 yards early in the drive, and then the offense used the running of both Uiagalelei and Phil Mafah to move deep into Paladin territory. Facing a third-and-goal at two, Uiagalelei rolled right and tossed a short pass to tight end Jake Briningstool for a touchdown and a 14-3 lead.

Clemson then used a 10-play, 69-yard drive to extend the lead to 21-3. A 23-yard pass to tight end Davis Allen started the drive, and the Tigers mixed in short passes with runs by Uiagalelei and Shipley the rest of the way. The Tigers faced a 4th-and-1 at the Furman 31, but Uiagalelei picked up three yards on a quarterback keeper to keep the drive alive. Three plays later Shipley ran it in from 17 yards out for a 21-3 lead.

Furman once again drove deep into Clemson territory, but tight end Ryan Miller fumbled it away after a 16-yard reception and the Tigers took over at their own 12. Backup quarterback Cade Klubnik entered the game at that point, but the drive ended with an Aidan Swanson punt after a quick first down.

The Paladins took over at their own 46, and it took exactly four places to score a touchdown, with Miller catching a 25-yard pass from Tyler Huff for the score. The extra point was missed, and with 1:53 to play in the half the score was 21-10 Tigers.

Uiagalelei re-entered the game and used a 14-yard pass to EJ Williams and a 23-yarder to Antonio Williams to set up a Kobe Pace one-yard scoring run with 26 seconds left in the half. The Tigers led 28-10 at intermission.

The defense stopped Furman’s first drive of the second when Fred Davis tipped a Tyler Huff pass and it was intercepted by Barrett Carter. Shipley ran three times for 41 yards and on the fourth play of the drive Uiagalelei lofted a two-yard scoring pass into the end zone to Beaux Collins that made it 35-10.

The teams traded punts and Furman took its third drive of the second half down the field for another score following a short punt that gave the Paladins a short field. The drive covered 10 plays and just 33 yards, but Furman kicked a short field goal that made it 35-12 Tigers late in the third quarter.

On the second play of Clemson’s ensuing possession, Uiagalelei rifled a pass that went off the hands of receiver Brannon Spector and was intercepted by the Paladins’ Kam Brinson at the Tigers’ 34-yard line.

Clemson plays host to Louisiana Tech next week in Death Valley. Kickoff is set for 8 pm on ACC Network.