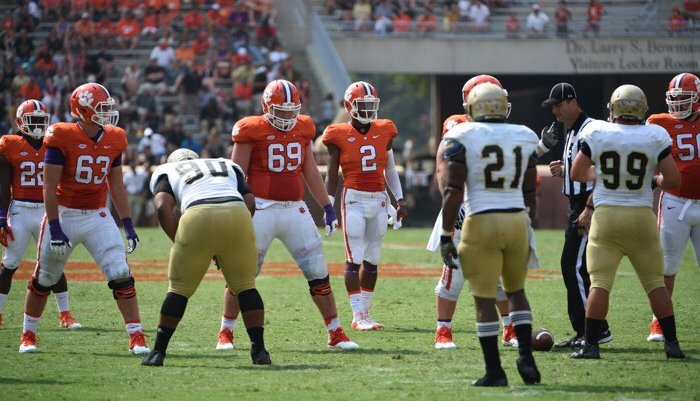 One of my favorites things about this team is their enthusiasm. Perhaps the most excitable player is Christian Wilkins. Because he is on the extra-point team, he is the first one that comes sprinting onto the field to congratulate the offense. His teammates talk about his magnetic personality. It helps that he is a tremendous player who is fourth on the team in tackles despite not starting and playing less than half of the defensive snaps.

Another popular player scored his first touchdown last week when Kelly Bryant rumbled 58 yards in the fourth quarter. Almost as important was the team's reaction. Clemson should have been flagged for a penalty because several offensive players came off the sidelines to congratulate Bryant. I had heard that he is a favorite among his teammates due to his personality and work ethic, but it was nice to see so many teammates get genuinely excited for Bryant.

There are two major advantages to what we have seen this year other than the Louisville and Notre Dame games. Clemson has played a ton of players and younger guys are getting valuable experience. This past game the Tigers played 69 of the 72 players who traveled.

Here is a look at the snap total for the defense in the Miami game and the season totals: