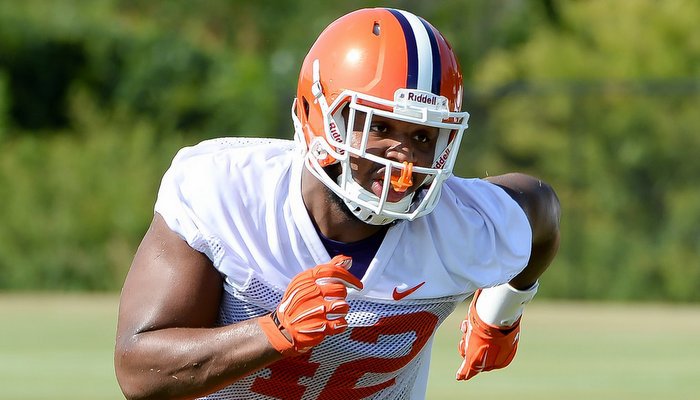 I was not expecting a post-spring depth chart yesterday, but since it was released, here is what got my attention:

*Both backup offensive tackles are the two true freshmen that came in January. I don't expect Tremayne Anchrum and Sean Pollard to be the first off of the bench. My guess is Taylor Hearn, or Maverick Morris may be the third tackle, but at this point, both are listed at guard. Nevertheless, it says a lot for Anchrum and Pollard to get the staff's attention this quick.

*Hearn is listed as the starter at left guard and that is no surprise. Morris is the backup at both guards.

*There was no separation between Milan Richard, D.J. Greenlee and Cannon Smith at the third team tight end.

*Deon Cain appears to out of the dog house and is a backup behind Mike Williams.

*I was surprised Adam Choice and Tyshon Dye were co-backups at running back. I would have thought that Choice was ahead.

*I was not surprised Nick Schuessler and Kelly Bryant are co-backups at quarterback.

*I was a little surprised Clelin Ferrell is the starter at defensive end. I think he is the most talented option opposite of Austin Bryant, but I didn't know he would have the spot this early.

*Marcus Edmonds is a slight surprise as the starter at one corner ahead of Mark Fields. This battle will continue into fall camp.

*Adrian Baker missed the spring with a knee injury, but could join the battle at cornerback in the fall.

*I was surprised Chad Smith was not listed at linebacker.

*There are no starters listed as the kick-off specialist, kick-off returner or punt returner.

*There are only six seniors listed as starters on offense and defense (Guillermo, Leggett, Watkins, Boulware, Johnson, Tankersley). But Clemson could lose juniors like Watson, Scott, Williams, and Gallman.

*The true freshmen that came in January wasted no time in getting listed. Anchrum, Pollard, Lawrence, Lamar and Smith are listed as second-teamers.