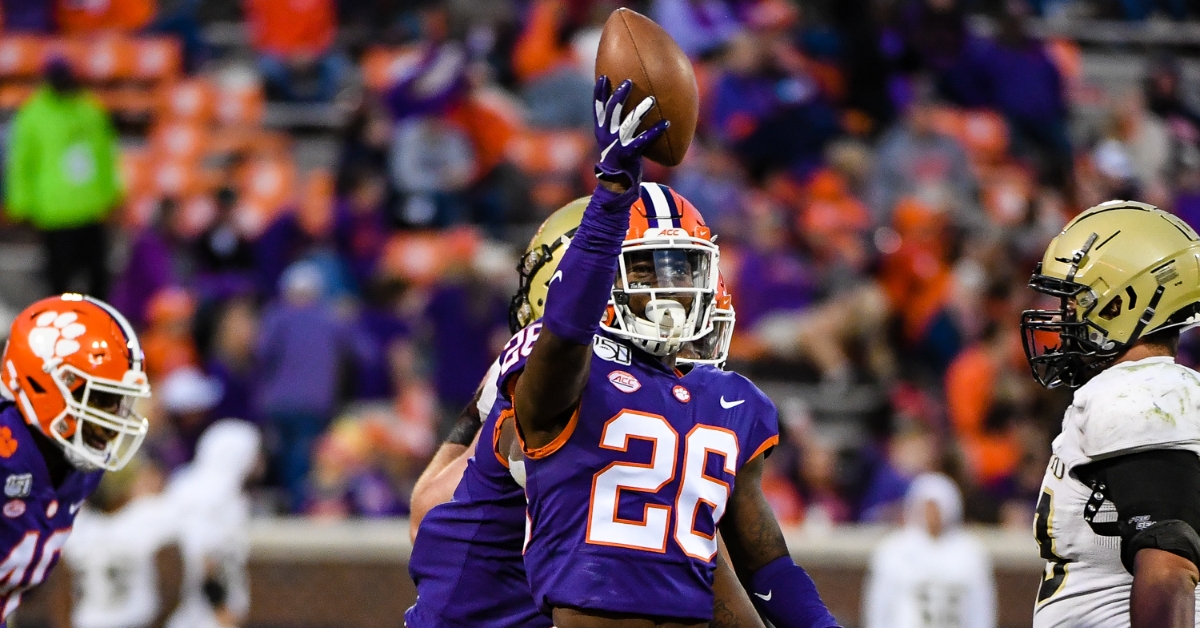 NEW ORLEANS, LA – The future of the cornerbacks’ room couldn’t be brighter for Clemson or coach Mike Reed.

Returning is starter Derion Kendrick and sophomores LeAnthony Williams and Mario Goodrich, freshmen Andrew Booth, Jr. and Sheridan Jones will see their roles increase, along with the addition of newcomers Fred Davis and Malcolm Greene.

Reed – Clemson’s cornerbacks coach – told TigerNet prior to the national championship last month that he’s excited to see what both Jones and Booth can do as they continue to learn their positions.

“It's that playbook. A lot of guys coming in from high school, they haven't had a playbook like this,” Reed told TigerNet. “Usually, they play three coverages in high school, whereas we're going to do a lot. We're going to expose them to a lot because of what we do, which makes us good. For them to continue to learn, to continue to hone in on their technique, they are two corners that are going to be very good for us in the near future.”

Jones has done everything asked of him in the classroom and with the time in the weight room is poised for a breakout sophomore season.

“A kid who has bought in and is going to be a great player here,” Reed said of Jones. “He came in and he was a little underweight. He's put on 10 or 15 pounds in the weight room. Academically, he's made the Dean's List every semester that he's been here. He's just a great kid. He's going to be a good one. He's got to continue to learn and apply what he's learning, actually on the field. Our defense is a tough one and it requires you to study and if you don't study, you get exposed. It requires the nuances of the position that he's still learning. I say it's going to be a very big spring for him.”

The memory for most fans of Booth in 2019 is probably that of the punch he threw at Louisville, but Reed said that isn’t who Booth is or wants to be, and that he has all of the tools to be a great player.

“You know it wasn't him,” Reed said of Booth. “A lot of times young kids act out when things are going on in their life. They tend to act out in certain ways and you can see it. There were a lot of things that were probably building in him. A - you're not the starter. You're coming in and you've got to go back to being down on the totem pole, per se, and learning. He was just frustrated and he happened to take it out on the guy from Louisville.

“Andrew, coming in, is about learning that playbook. He has the physical attributes to be a really good one.”

Greene was a late addition to the 2020 recruiting class when a spot finally opened up, and if you watched Clemson’s signing day broadcast in December, you saw Reed get a little emotional about the Richmond (VA) native.

“It was one of those things where you see a kid's dream come true,” Reed said of Greene. “For a kid who was so passionate about the whole process and the waiting out. That doesn't happen, not for me. I've never had a kid that at the onset said that his dream was to come to Clemson and to see it come to fruition, it was great. That's what we're here for. We're here to be servants and to be able to serve that kid with a scholarship was great.

“It was good to be able to do it but for him to go through the process with his parents, his coach and to see that he knew this was the place for him. After committing to LSU and seeing all of the things going on here and having a teammate here who expressed to him the things that we were doing for our young men, it was a dream come true.”

Jacksonville (FL) native and 5-star prospect Fred Davis wasn’t one to do interviews during the recruiting process, but Reed said he’s excited to have Davis on campus for spring practice.

“Between him (Greene) and Fred, it's going to be dynamic,” Reed said of Greene. “You're talking about quality young men. A kid who is very versatile. We got Fred on campus and he's been able to practice with us for a couple of days. I wish he could be here with us now. That secondary position is going to be very good.

“He's got a drive to want to be the best. He wants to learn. He's thirsty. He's hungry. Him being a midyear is going to be great because now he'll be similar to like Sheridan as far as learning the playbook and having that opportunity to be in practice, to be in meetings, to work out to get his body physically mature to be able to take the rigors of playing a 15-game schedule.”