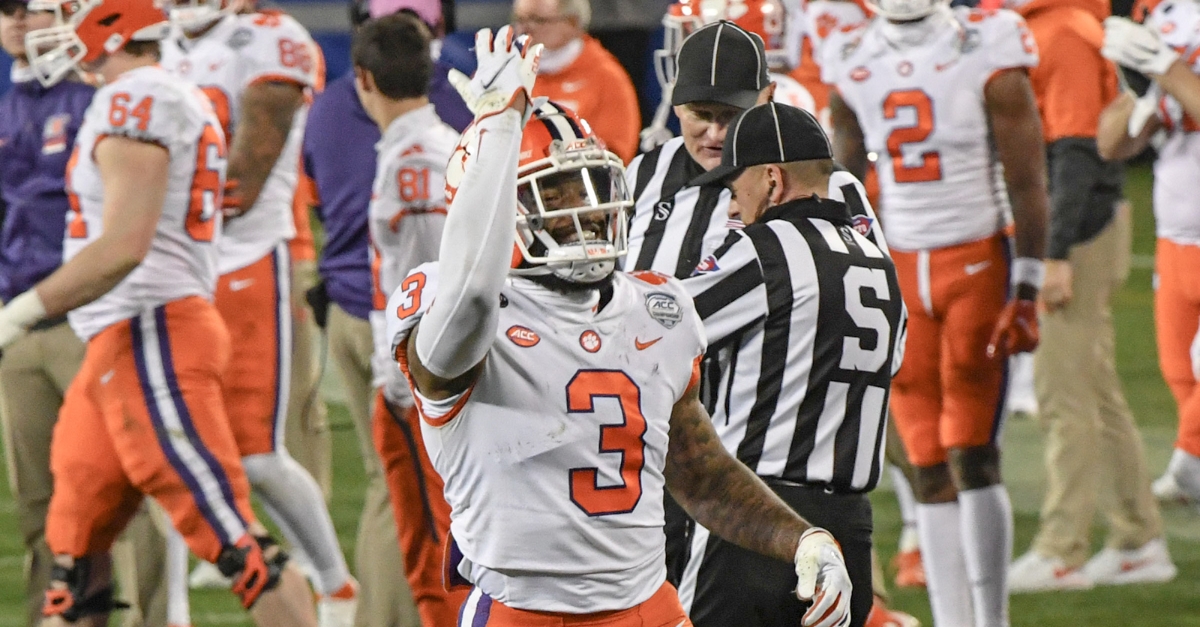 All week leading up to the rematch with Notre Dame we heard comments like “Clemson is a 10-point favorite? But Notre Dame already beat Clemson! The line is disrespectful!”

It made Clemson’s blowout win all the sweeter. The Tigers won a record sixth-straight ACC Championship game. The last four of those have been particularly dominant, coming with a combined score of 176-40. While Notre Dame hoped to join the ACC for a season and ride off the trophy, the Tigers retain their firm claim as king of the conference. With all the off-field obstacles this team has had to navigate, Tigers head coach Dabo Swinney said “Of all the teams I’ve had, this team deserved it the most.”

The Tigers had their best overall performance of the year, and appear to be getting healthy and peaking at the right time once again. With the Tigers’ biggest win of the season and the College Football Playoff field officially set, there’s plenty to analyze.

As expected, having Lawrence back made a tremendous impact for Clemson’s rushing attack. After averaging just 1 yard-per-carry (YPC) in the first game against the Irish, the Tigers averaged 8.1 YPC in Round 2. The oft-used zone read play, in which Lawrence reads the defensive end and then decides if he should hand off or run it himself, was extremely effective. Not only did Lawrence run it for 90 yards, but the threat of him running opened up lanes for running back Travis Etienne.

On a 4th and 1 situation, the zone read caused the defensive end to freeze and gave Etienne just the half step he needed to run right by him. My favorite running play though was when Trevor Lawrence sprinted ahead of Etienne and picked up the key block that sprang him for a big gain. There was great creativity and execution in the running game as the Tigers were extremely effective against one of the best rushing defenses in the country.

Coming off a relatively mediocre outing against Virginia Tech, Trevor Lawrence looked like the best player in college football on Saturday. After an early interception, he got in rhythm and attacked the defense using all parts of the field. Amari Rodgers was his favorite target on the night, connecting with him eight times for 121 yards and a TD. Cornell Powell and EJ Williams had four receptions each.

“It would be a cryin’ shame if the Heisman didn’t attach their name to Trevor Lawrence. That would be a shame. I know that’s become a stat award, but if you watch college football and you don’t know this is the best player in the country, [then] I don’t know what you’re looking at. To me, the Heisman should want their name attached to Trevor Lawrence.”

While having Lawrence made a big difference for the offense, getting back the bevy of defensive starters who were out in the first Notre Dame game may have been even bigger. Skalski was disruptive all night. He and Davis helped hold Notre Dame’s vaunted rushing offense to just 1.5 YPC. Ian Book was sacked six times.

The Fighting Irish had three opportunities early in the game, but settled for field goal attempts twice (missing one) and failed on a fourth-down attempt. After that, Clemson’s defense settled in and dominated. It was a vintage Coach Venables masterpiece.

Wide receivers Amari Rodgers and Cornell Powell have done a commendable job filling the void left by Tee Higgins and Justyn Ross. Nevertheless, I find myself intrigued to see which younger wide receiver will emerge as a consistent third option. EJ Williams has touchdowns in two of the last three games. His 33-yard TD catch against Notre Dame pushed Clemson’s lead to 14-3. Later he reeled in a jaw-dropping one-handed grab that was reminiscent of Justyn Ross’s catch against Alabama two years ago. Perhaps Williams is just the type of wide receiver who can take advantage of a Crimson Tide secondary that looked vulnerable against the Florida Gators.

The College Football Playoff field was finally announced. No. 1 Alabama will face No. 4 Notre Dame in the Rose Bowl (to be played in Arlington, TX). No. 2 Clemson will face No. 3 Ohio State in the Sugar Bowl. I believe they got the field right, and I am pleased to see the Rose Bowl moved to a location that will allow the players’ families to attend the game.

Alabama and Clemson seem to be in a tier of their own, and a battle of dueling dynasties may be in store to end the season. Ohio State won’t go away easily though. Justin Fields is fantastic at turning broken plays into big gains with his legs, WR Chris Olave is dangerous, and Coach Ryan Day is a great offensive mind. Still, after losing three first-round draft picks and defensive coordinator Jeff Hafley from last year’s squad, Ohio State may struggle to slow the Tigers’ offense.

Regardless of how the rest of the postseason plays out, these comments from Swinney ring especially true: “I’m grateful that we played this year and grateful that I have a staff that loves each other and is committed to greatness.”