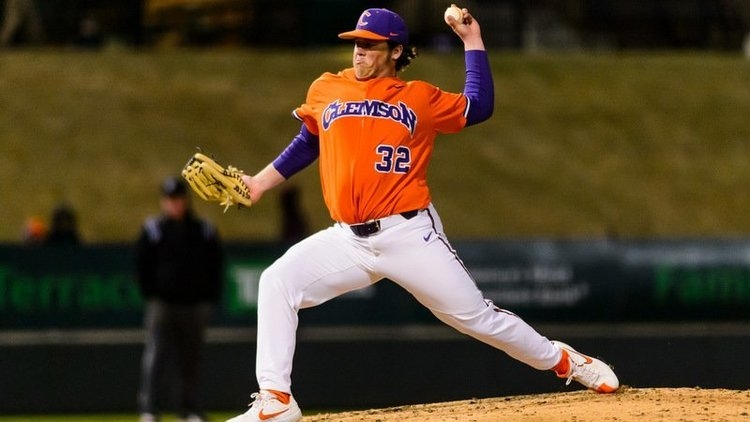 Jackson Lindley gave the Tigers the quality start they badly needed and Clemson defeated Furman 3-1 at a cold and windy Fluor Field in Greenville Tuesday evening.

Clemson improves to 9-3 with the win while Furman falls to 2-8. Clemson has a 27-6 all-time record at Fluor and has won 11 games in a row at the facility. That includes an 11-5 victory over South Carolina last Saturday.

Lindley just missed picking up the win, pitching 4 2/3 innings, giving up five hits, the one earned run, walking three and striking out three. Jacob Hennessy was stellar in relief, pitching 2 1/3 innings of hitless and scoreless relief in picking up his first win of the season. Carson Spiers pitched the final two innings to pick up the save, his fourth on the young season.

Furman got on the board first, using a walk and two singles to take the early 1-0 lead in the bottom of the first.

The Tigers finally broke through in the fourth. Grayson Byrd led off the inning with a four-pitch walk and moved to third on Kyle Wilkie’s single over the second baseman’s head. Bryar Hawkins stroked an RBI single up the middle to tie the score at 1-1, and Jordan Greene singled through the left side to load the bases with one out.

That brought up Adam Hackenberg, who smoked a lineout at the center fielder. That allowed Wilkie to score the game’s second run, but Greene was thrown out at second trying to advance, and the Tigers were unable to push across another run.

The score remained 2-1 through seven innings, but Sam Hall’s double to lead off the eighth helped the Tigers widen the lead. Logan Davidson was hit by a pitch, and with one out Hall broke for third on a wild pitch. The throw got away, and Hall came across to score the run for a 3-1 lead.