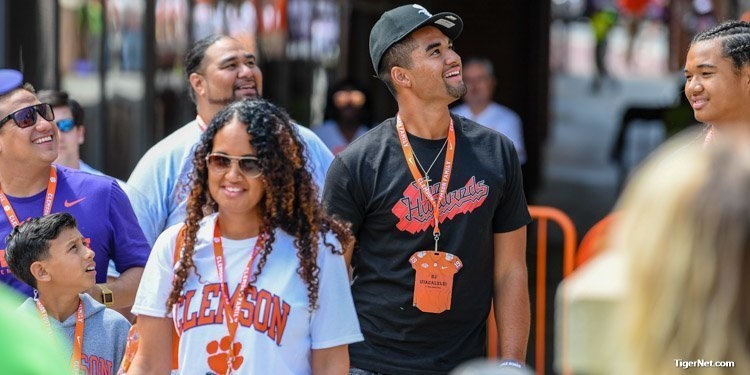 Clemson five-star QB commit DJ Uiagalelei officially punched his ticket to the Elite 11 finals in an Opening Regional on Saturday.

Uiagalelei was named a first-team All-American by Maxpreps and California Gatorade player of the year as a junior.

He totaled 48 touchdown passes to just seven interceptions with 3,366 passing yards and a 69.6 completion rate last year. He also rushed for 312 yards and six scores. As a sophomore, Uiagalelei tallied 29 touchdowns to two interceptions.

The competition will be held from June 28-30 at The Star in Frisco, Texas.

It went up in the Bay today!! Big numbers from some big names and overall 3?9? go ??? - here's the top unofficial Football Ratings from testing @TheOpening Oakland regional! pic.twitter.com/xLi9q7eP7k