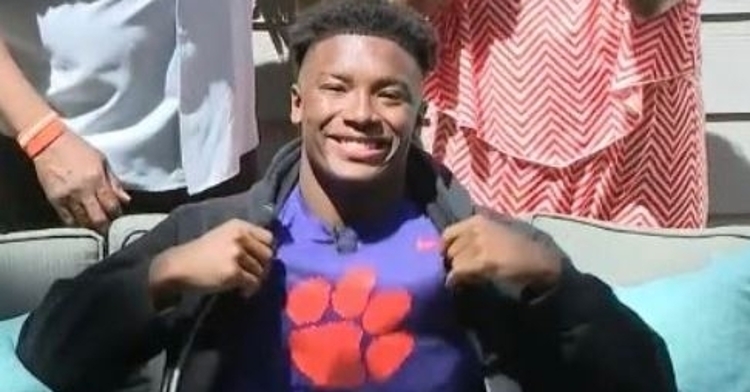 Carter committed to Clemson in May.

The 2021 recruiting cycle has been unusual to say the least in the wake of a pandemic and evaluating prospects has been a challenge with different states playing and not playing this fall.

Clemson’s commits in the mix have largely impressed, however, seeing big movement in the latest 247Sports update.

The Tigers have a new highest-rated prospect for the site in four-star linebacker Barrett Carter, who moved up 39 spots to No. 17 overall. He is joined in the top-30 by fellow 4-star LB Jeremiah Trotter Jr. (30). Clemson pledges also in the top-100 overall include APB Will Shipley (52), whose team isn’t playing this fall, TE Jake Briningstool (84; up 62 spots), DE Cade Denhoff (89) and DE Zaire Patterson (96; also not playing this fall).

Clemson ranks sixth both in the 247Sports Composite and its own site team rankings.