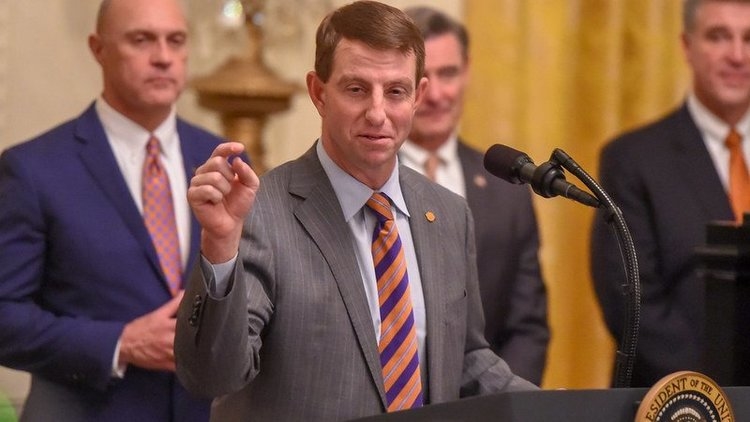 It wouldn't be an offseason without Clemson coach Dabo Swinney being asked about a potential return to his alma mater. His most recent contract language did make an extra statement on that kind of talk, however.

Swinney's new $93 million contract calls for as much as an extra $2 million buyout for just Alabama. From 2021-2022, they would still have to pay $1.5 million more than any other program to secure the former Crimson Tide receiver.

Swinney told ESPN recently that the new deal was meant to "send a message" on his longterm future with the Tigers.

"People always like to say one plus one equals two, and it's a simple thing," Swinney told ESPN on the talk he would eventually go to Alabama as head coach. "I don't pay any attention. I was at Alabama 13 years. I love Alabama and always will. That won't change. But I'm going on my 17th year at Clemson, my 11th as head coach. I love where I am, love what I do."