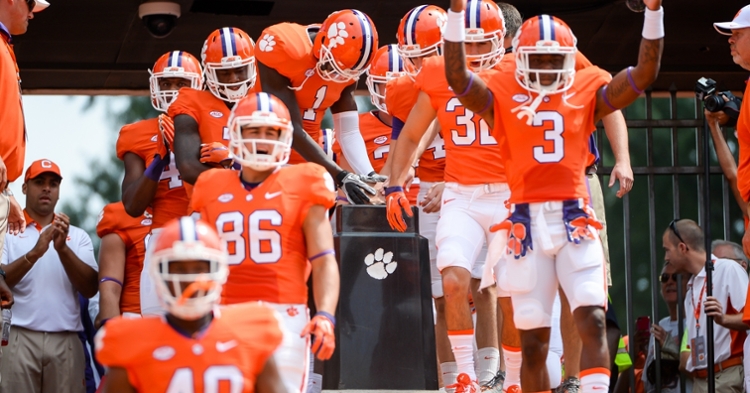 Opinions are all over the board when it comes to the start and re-start of sports leagues through the novel coronavirus outbreak.

ESPN College GameDay's panel has been outspoken and all over the board on the matter with college football. Former host and ESPN featured play-by-play guy Chris Fowler presented three scenarios and said two are becoming increasingly unlikely: starting the season on time and doing a postponed campaign later in 2020.

But going off of what he called "informed speculation," Fowler does believe a spring college football season is "gaining momentum" according to what he's heard.

"On the surface it sounds preposterous, but I think a lot of reasonable people feel like it might be the most prudent form of action," Fowler said. "That's football in the spring, beginning sometime in February into March, April, May and maybe have the postseason in June. That would have to be reshuffled a bit. It would be bizarre. It would wreak havoc on some other sports that time of year.

"But to avoid the financial disaster of having no football season in the academic year -- I think it may be a fallback position. I think that testing will come a long way by then. Perhaps closer to a vaccine. It will make more sense for people to gather in large numbers in stadiums in about eight months instead of three or four."

Fowler believes schools and decisionmakers in government will need more clarity by the end of May to be able to welcome students back this fall and therefore open up the possibility for college athletics going on.

Fowler is hopeful we will see some form of college football for the upcoming academic calendar, however.

"Let's remember that the players' health and safety has to be at the top when we make these decisions," Fowler said. "I just remain convinced that you will see the Clemson Tigers touch The Rock and Run Down the Hill. You will see the 'i' dotted in Columbus. You'll see Autzen Stadium loud and Baton Rouge be rockin' on a Saturday night and Penn State will have a 'White Out.' I think those things will happen. It's just a matter of when...

Watch more from Fowler below:

We are 20 Saturdays from the SCHEDULED start of CFB.. so how likely is that looking? What scenarios are being weighed? When will we know more? Who’s gonna decide all this? You sure are asking a lot of questions! And I get it. I’m starving for answers too. So here’s some “informed speculation” on where we are now after checking in with folks this week. I can only be so specific and people don’t want their names attached to this topic right now. But... here goes. Please comment with your take if you like. #cfb #collegefootball #football #sports @espn @espncfb