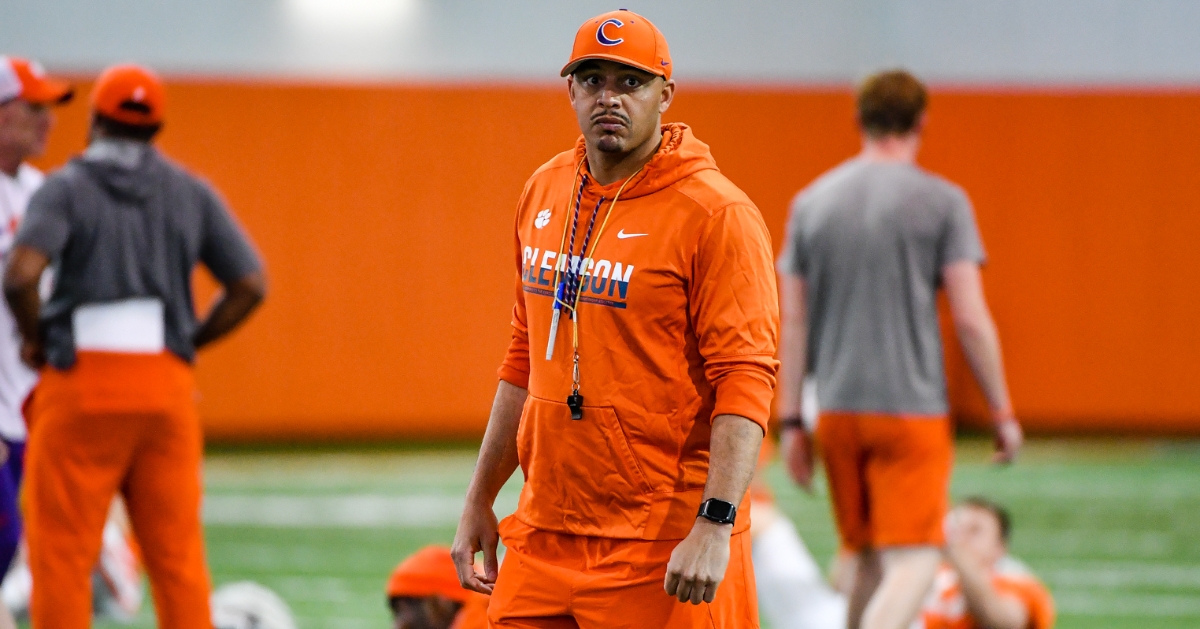 Elliott has his offense ready to take on Wake Forest Saturday.

Tony Elliott met with the media Monday morning as the top-ranked Tigers prepare to meet Wake Forest Saturday, and he talked about a little bit of everything, from the injuries to the depth chart.

Clemson travels to Winston-Salem to take on the Demon Deacons at 7:30 pm Saturday (ABC) at Truist Field. The Tigers are currently a 32-point favorite.

*On the RBs, Elliott says you have to have them all ready to play. He said in his mind he has a pecking order but they all have to be ready to go. Lyn-J Dixon seems to be second guy, and then Darien Rencher and Mikey Dukes and Chez Mellusi are right in there. He said that because of the different environment they are in they are all having to be ready to go. Same pecking order as in the spring, but the freshmen are coming.

*On preparing for Wake instead of Georgia Tech: They didn’t have the time over the summer to prepare for Wake Forest. But the in-camp process hasn’t changed, and the last two weeks have gone to Wake Forest. In Wake, he sees a lot of guys that play hard, play hard to whistle -- they have nine returning starters on defense. Maybe not as experienced at the corners. Very veteran team. They are looking forward to the challenge. Says Carlos Basham will be one of the best defensive ends they face all season.

*Elliott says he is looking forward to seeing what the tight ends can do.

*On the social justice events that are playing out and his players leading the way: “Definitely a proud moment. We encourage the guys to take advantage of the Clemson experience. Seeing them use their voice in a positive way is like a parent seeing their child listen. It’s great to see them have a voice and being thoughtful for their voice.”

*Excited to see what Chase Brice, who was just named as starter, can do at Duke. He is a quality young man and exciting player.

*Coaches are having to plan for a lot of things with contact tracing. Giving a lot of guys the opportunity to prepare.

*On the QBs, they know who is going to run out there first. No idea who will be second, that is left to Brandon Streeter and Coach Swinney. Elliott said he will know when we know when someone runs out there to replace Trevor Lawrence.

*On the backup OL – they will know that as they get closer to the game. Still paring it down. But they do feel good about Walker Parks, Hunter Rayburn, likes where Mitchell Mayes is progressing, and Paul Tchio has done a 180 since camp started and is trending in the right direction.

*From a play-calling standpoint, he won’t experiment too much in that first game. Go in with the gameplan like they always do but have the ability to adjust if they see something different.

*He anticipates having all his guys ready to go unless the medical experts says otherwise.

*The ACC has protocols and each home team can pump in music, but once the opponent is ready to snap the ball, it has to be brought down to acceptable levels. Preparing for everything.

*It will be a little different not having Jeff Scott on the headset, but Elliott says he will be able to bounce things off Swinney and Streeter.