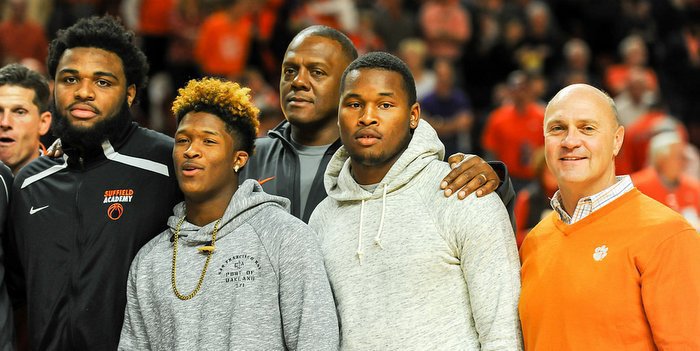 What do you do when you lose over 1400 snaps at linebacker from the 2015 season? You go out and sign the number one and number three linebackers nationally at their position, get them to enroll early and take part in spring practice.

That one returning starter is a good one – WILL (weakside) linebacker Ben Boulware, who played 859 snaps and was third on the team with 82 tackles. Boulware will start out the spring as the starter at WILL and he’ll be there at the start of the season, barring injury.

So what happens at the MIKE and the nickel/SAM spot? That’s where spring practice comes in, and the spring will be big for early enrollees Rahshaun Smith (the number one rated outside linebacker according to ESPN) and Tre Lamar (the number three rated linebacker in the nation according to ESPN). The two 5-stars enrolled in January and will take part in spring practices.

The battle at the MIKE should be interesting – Kendall Joseph saw the most snaps there last season, but that was just 63 in total. Joseph has battled injuries throughout the first part of his career, and he wound up with six total tackles last season.

Freshman Chad Smith redshirted last season, and the early reports out of bowl practice were favorable. Smith is 240-pounds plus and he should be a major challenger to Joseph. Smith came out of high school in Virginia rated as the No. 6 linebacker overall nationally, and from all accounts the redshirt year was beneficial. Can he step in and challenge to start? 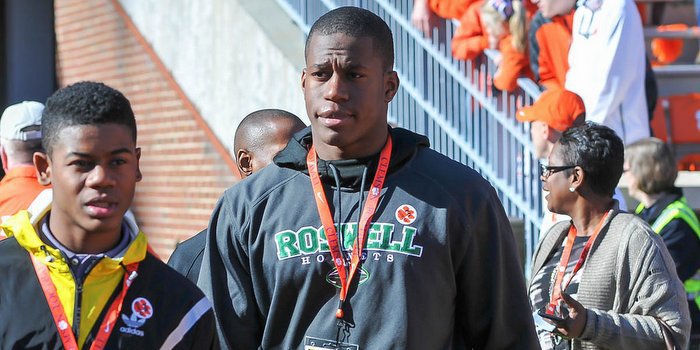 Lamar will also get a chance to chase that starting spot. Lamar went from a 4-star to a 5-star at the end of last season, and he has the size (6-4, 240) to be dominant on the inside. He runs well for a man his size, even though it’s more straight-line speed, but he can cover a lot of ground. He has to improve his coverage skills, but that will come with time and experience.

Behind Boulware, former gray shirt Jalen Williams saw 85 snaps last season. However, he flashed for 14 tackles and was solid whenever called on. Breathing down Williams’ neck will be Smith. The 6-3, 240-pounder is yet another physical specimen who will be hard to keep off the field.

Smith has the ideal size for an outside linebacker prospect, but he’s tall and lengthy enough to still fill out and add more bulk. He reminds me of former Clemson linebacker Stephone Anthony – he may not have quite the overall speed of Anthony but he’s a better tackler at the same age and has tremendous instincts. I spoke with several scouts at the Under Armour game in Orlando – where Smith committed – and many of them are convinced he could eventually move to defensive end or play with his hand in the dirt in a 3-4 scheme.

I’m not convinced that's what Venables has in mind for Smith, but we’ll see what happens as the spring progresses.

At the SAM spot, it looks like it’s finally time for Dorian O’Daniel to step in and earn significant snaps. Korrin Wiggins played that position well in 2014, but Wiggins was primed to move to safety last season when he tore his ACL in fall camp. Wiggins will indeed move to safety this spring – he seems to be completely healthy – leaving this spot for O’Daniel. O’Daniel played 181 snaps last season and wound up with 36 total tackles.

Also seeing time and getting looks this spring will be Judah and J.D. Davis, the sons of former Clemson linebacker Jeff Davis. Once we talk with Venables next week, we’ll have a better idea of where they fit in this spring. Outside linebacker commit Jamie Skalksi will be on campus later this summer.