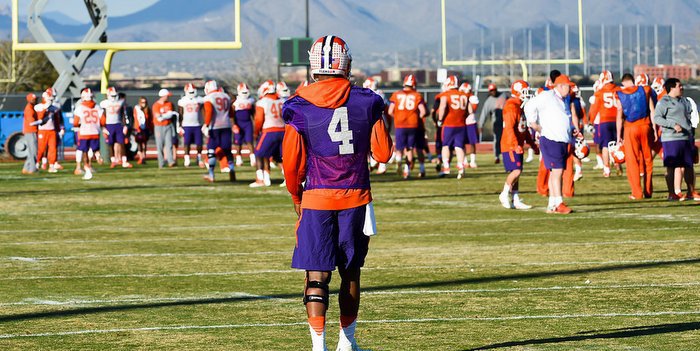 Streeter says he is preparing Watson for next season and beyond

GREENVILLE – A year from now, Clemson quarterback Deshaun Watson will be focused on the NFL Draft and Brandon Streeter is doing everything in his power to prepare his star pupil for that day.

In the meantime, the Tigers still have to play the 2016 season, and for a team with national title aspirations the play of Watson will be critical. For Streeter, that means honing Watson’s already formidable game and making sure Watson’s ready for everything life, and football will throw his way in the next calendar year.

At the top of Streeter’s list for an improved Watson?

“Number one is leadership. His leadership needs to continue to get better, and he has gotten better since I've been here,” Streeter said last week. “Slowly, but surely, he's getting a little more vocal. Every time he speaks, these kids are listening. He has his own way of being a leader by pulling guys aside and talking to them and getting on the same page with them. And then I would say, continuing to be good with his decision making, but with his footwork because he was a lot better than the year before, but there is always room for improvement with your footwork and accuracy.”

Streeter said that while NFL teams don’t run the same kind of spread offense that the Tigers run, Watson is still a perfect fit for the professional game. Many question whether Watson can run an offense under center, but Streeter said Watson is under center more than people think. 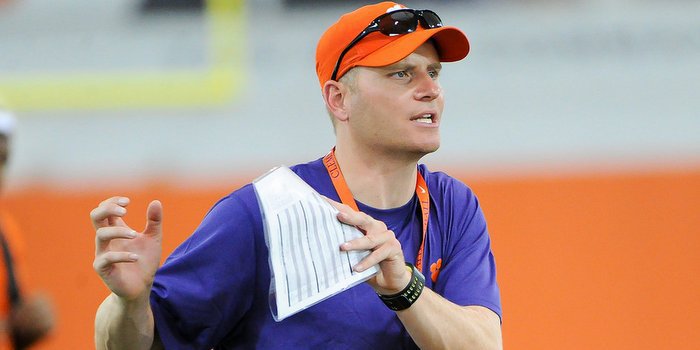 Streeter says he is preparing Watson for next season and beyond "

“Absolutely. Yes, the verbiage is different because a lot of times you're in a huddle situation, but when it comes down to it the number one thing is, can he throw the ball accurately and make decisions and create plays with his legs and his arm? Every day at the beginning of practice we go up under center and do some drops under center,” he said. “That incorporates something that the NFL will do, but 70 percent of the snaps in NFL games are in the shotgun. No matter the team you’re talking about, it’s about 70 percent. So, yes, there are things that we incorporate into our daily practice that will help him progress to the next level.”

Streeter is also working to improve the games of backups Nick Schuessler and Kelly Bryant, and he said each quarterback has goal they have to reach.

“Continual improvement on their individual goals for this summer is something they have to hit,” he said. “We all sat down and talked about the summer goals, and they have to get them. If they take a step back, they are going to be further away from where Deshaun is. I think Nick and Kelly Bryant have to close the gap to where Deshaun is. It's going to be hard to get there, but they need to close the gap, so by the time that first game comes against Auburn, we feel really confident about the situations we have. We have made some progress this spring, but they need to keep progressing this summer and get better at some little things.”