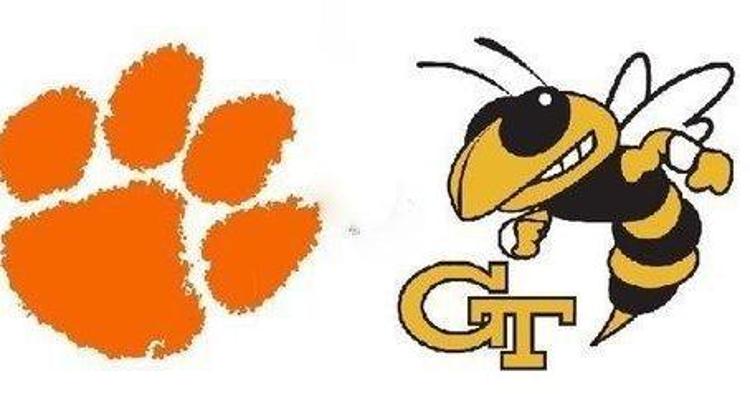 The defending national champs open the 2019 season when they host Georgia Tech in the first-ever game on the ACC Network. GameDay will be in town, it’s Thursday night, the national champs will be honored, and it’s a night game in the Valley. What more could you want?

*College GameDay Built By The Home Depot will be live from Clemson, S.C., in advance of the game. The GameDay set will be located on the concourse level of Memorial Stadium from 6-8 p.m. The program will air exclusively on ACCN from 7-8 p.m., leading into kickoff, while the first hour of the show will be on ESPN and ACC Network from 6-7 p.m. This is the first time GameDay has been on the Clemson campus since October 1, 2016, when the Tigers defeated Louisville, 42-36.

*Clemson kicking off the 2019 season on August 29 will mark the earliest in the calendar year that Clemson has opened a season in its 124-year history. Previously, Clemson's earliest openers had been held on August 30 in 2003, 2008 and 2014. This is also the first time Clemson will open a season on a Thursday.

*Trevor Lawrence threw for 300-plus yards in each of his final two games last year. Another 300-yard passing day would tie him with Tajh Boyd (two three-game streaks in 2013) for the longest streak of 300-yard passing games in Clemson football history.

*A 100-yard receiving game by Justyn Ross would be his third consecutive 100-yard effort, dating back to last season, which would tie him for the Clemson football record with Charlie Waters, Tony Horne, Rod Gardner, DeAndre Hopkins and Sammy Watkins.

*Clemson will honor its 2018 national championship victory by unveiling championship signage on the south side of Memorial Stadium prior to the game.

*Clemson enters the 2019 season ranked No. 1 in both the Associated Press preseason poll and the USA Today preseason coaches poll. It marks the first time in history that Clemson will enter a season bearing that distinction in either poll.

New Georgia Tech head coach Geoff Collins faces a massive roster rebuild, and this won’t be a quick turnaround. Former head coach Paul Johnson didn’t recruit at a high level, he merely recruited big offensive linemen who wanted to cut block and other players to fit his option offense. Enter Collins, who wants to run a spread scheme similar to Clemson’s. What will he run Thursday night? Who knows is all we can say. The initial depth chart – Collins’ above the line – James Graham, Lucas Johnson, and Tobias Oliver were listed at quarterback, meaning all three could see action. The bet here is that Johnson will see the first and most snaps – he’s the best passer of the group.

The Georgia Tech offensive line didn’t have to pass block a lot under Johnson, and they weren’t very good when they were forced to pass block. The good news for them is that all four Tiger defensive linemen are new starters, as are two of the linebackers. However, there is experience along the front with guys like Nyles Pinckney and Jordan Williams. Clemson’s edge players are Xavier Thomas, Logan Rudolph, Justin Foster, and K.J. Henry, and they will want to live in the Georgia Tech backfield.

Coaches love to “do what we do” regardless of the opponent, which is why you see outmatched corners continuing to play man coverage against Clemson over the years. But Collins is smart and you would think he will use the running backs on hand to try and move the chains and run screens and wheel routes and then take shots downfield when he can.

Georgia Tech defensive coordinator Andrew Thacker runs a 4-2-5 defense. What is the difference between the 4-2-5 and the nickel? The main difference between the 4-2-5 and the nickel is that the nickel replaces a linebacker with an extra corner in obvious passing downs or against teams with no real run game to speak of. The 4-2-5 replaces a linebacker with a 3rd safety and is a direct response to the spread offense.

Thacker also loves to play press coverage on the outside with his corners, but he smiled this week when he was asked if that was the best defense to play against receivers like Tee Higgins, Justyn Ross, Joe Ngata, and the rest of Clemson’s dynamic receiving corps. The Tigers boast maybe the nation’s best quarterback in Trevor Lawrence and the nation’s best running back in Travis Etienne, and against that deadly combination it might be best to pick your poison (Double the outside guys? Spy the QB? Focus on stopping the running game?) and live with it.

Under Collins, Temple blocked five kicks in 2018, tied for fifth nationally, and scored eight touchdowns via special teams. Temple led the American Athletic Conference in return yardage on both kick and punt returns. They also allowed six kickoff returns of 30 yards or more, tied for 101st nationally. Collins inherits an All-ACC punter in Pressley Harvin, and kicker Wesley Wells, who did not miss a field-goal or extra-point attempt last season.

The Tigers will have punter Will Spiers return, as will kickoff specialist B.T. Potter. Potter will also handle field goals and was solid in limited duty last season.

Amari Rodgers was Clemson’s punt return threat last season but will miss the first part of the season and has turned those duties over to Derion Kendrick.

With so many new pieces on both sides, it’s hard to know what to expect.

The point spread – as of this writing – has ballooned to 37 points. That is the largest point spread since Clemson was a 39-point favorite against Louisville last season. However, I like Collins and the Jackets to be far better-coached than that Cardinal team. When was the last time Georgia Tech lost a game by 30 or more? A 42-10 defeat at Georgia in 2010. When was the last time the program lost a game by more than 37? The 2005 team lost a 51-7 decision at Virginia Tech.

It’s hard to be perfect your first time out – we saw that with Miami and Florida bumbling their way through a game last weekend – and each team will spend the first few drives feeling things out. After that? It won’t be close and Clemson will score points. The big question is how will Clemson’s new-look defense respond and how will that Georgia Tech offense look? Will the Tigers be able to play a lot of reserves and will that hold the score down?

We are about to find out.