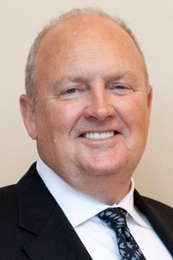 
• In 2019, became the second active FBS assistant coach to coach 500 career games at the college level.


• Clemson has an 111-16 record, nine 10-plus win seasons and nine top-25 final rankings in his first nine years on staff, as well as six ACC titles, four appearances in the national championship game and national titles in 2016 and 2018.


• Simpson was one of all five starters along the offensive line to earn All-ACC honors in 2019. Entering 2020, Clemson offensive linemen have earned 22 all-conference selections since 2015, the most from any Power Five program in the country.


• Coached offensive tackle Mitch Hyatt to consensus All-America status and his second consecutive Jacobs Blocking Trophy in 2018 and guided all five of his starting linemen from the season opener to All-ACC honors.


• In 2012, he coached first-team All-American Dalton Freeman and Thomas, a first-team All-ACC pick. Freeman was a Rimington Trophy finalist for the second year in a row.


• In 2011, Freeman was a Rimington Trophy finalist and a first-team All-ACC selection.


• Served as Vanderbilt’s head coach in 2010 after eight years as offensive line coach at Vanderbilt. He was a part of the 2008 Vanderbilt staff that guided it to its first winning season and bowl win since 1955.


• Coached the Wolfpack offensive line for 11 years, then added assistant head coaching responsibilities during his last three years. He had 14 All-ACC picks.


• Served under Sheridan for eight years and Furman won six league titles during that era. He coached eight first-team all-conference players and five recipients of the SoCon’s Jacobs Blocking Trophy.


• He started his coaching career as a student assistant coach at Furman under Art Baker in 1976 and became a full-time offensive line coach with the Paladins under Sheridan in 1978. Was inducted into the Furman Athletic Hall of Fame in 2019.