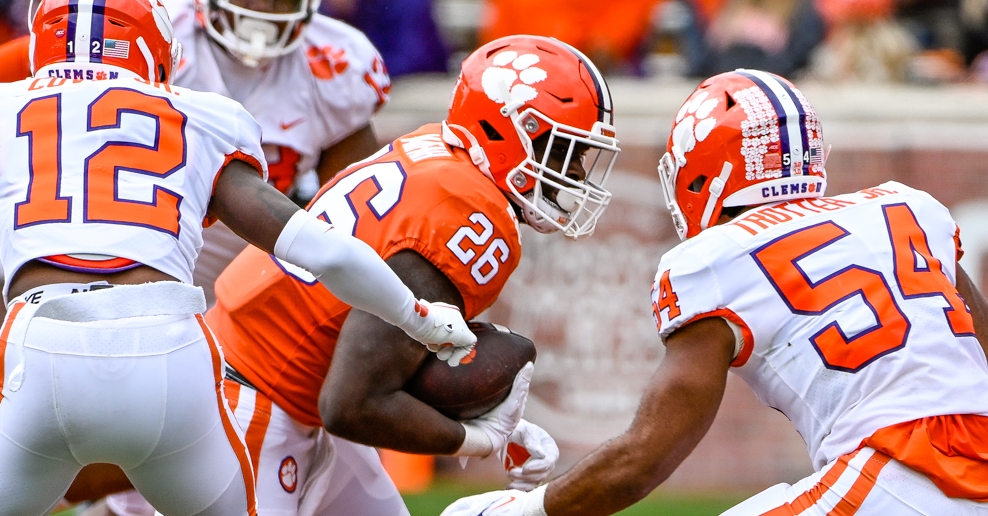 Mafah (26) looks for running room in the spring game.

Sophomore running back Phil Mafah went into last season thinking he would redshirt, but injuries and transfers forced him into a contributing role. He ended the season with 292 rushing yards and three touchdowns on 68 rushing attempts and 50 receiving yards on seven catches over 170 snaps in nine games (one start) as a true freshman.

Mafah entered the spring as the lone scholarship running back available to practice while Will Shipley and Kobe Pace recovering from surgeries. Somewhere, along the way, he earned the nickname The Mafah Man, according to running backs coach CJ Spiller.

“Mafah Man has been unbelievable this whole spring,” Spiller told TigerNet this spring. “I can’t even take credit for that one (nickname). I’ve got to give that to my good friend, coach Robbie Caldwell. For some reason, he started calling him the Mafah Man, and it just stuck.”

“I like it a lot. It's cool,” Mafah said after the spring game. “It kind of reminds me of The Muffin Man, but I think it's a cool nickname. I appreciate it.”

Mafah said he used the spring to step into a leadership role. 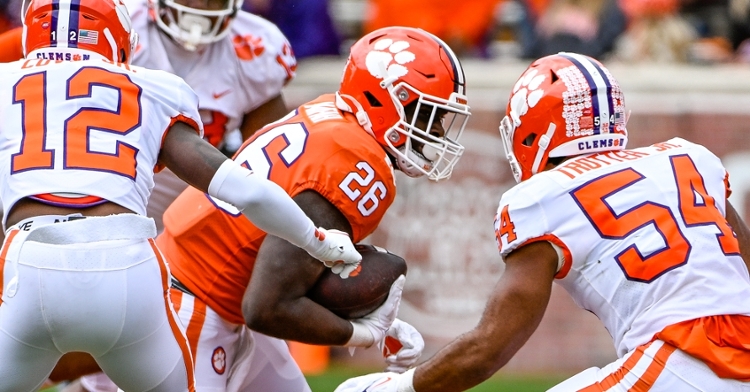 Mafah (26) looks for running room in the spring game."

“I just had to step into the role with the guys we have. We have who we have and we have to make it happen, so I had to step up into a leadership role,” he said. “I was glad to do that and I feel like we had a great spring. I thought this spring showed I could be the guy out there. It allowed me to show that I can do it, just like they can. It also allowed me to bring up the others. I got more chemistry with the guys and focused on our offense.

“I told myself to get focused and know what I am doing. I really wanted to develop my leadership skills this spring and connect with the guys.”

Spiller said he envisions a three-headed monster next fall, with Mafah, Shipley, and Pace all seeing extensive action.

“I feel like that would be phenomenal. It saves our bodies,” Mafah said. “All of us can get it done on the field and having that depth is phenomenal and something you will see a lot.

Mafah said he is already looking forward to fall camp and the season opener against Georgia Tech in Mercedes-Benz Stadium.

“The fall is going to be really important. That is when we get most of our work done,” he said. “It will be important to get the offense down and installed and then watch film of Georgia Tech.”