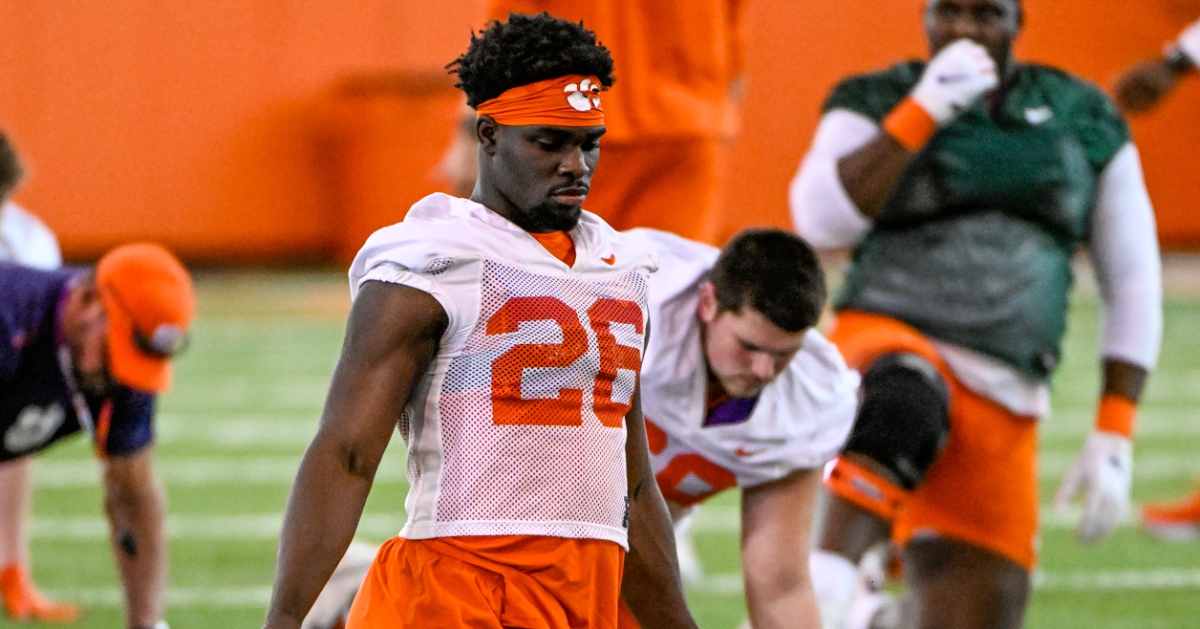 Mafah has earned his summer vacation with a stellar spring.

CLEMSON – The Mafah Man will be making an appearance in Death Valley this weekend, then he will slip back into the shadows for a well-deserved summer vacation.

Phil Mafah, the rising sophomore running back out of Loganville (GA) Grayson walked onto the Clemson campus last season still recovering from a severe ankle injury, and considering the depth the Tigers had at that position, he was expected to redshirt. However, injuries and transfers depleted the running back group and Mafah stepped in and recorded 292 yards and three touchdowns on 68 carries and gained 50 yards on seven receptions over 170 offensive snaps in nine games (one start).

The Tigers have also seen injuries impact that position this spring – Will Shipley only recently returned to practice (but still can’t scrimmage), while Kobe Pace is still recovering from off-season surgery. That left Mafah as the only scholarship running back available, and he’s led a roster of walk-ons this spring, going from freshman to room leader in just a few weeks.

“Mafah Man has been unbelievable this whole spring,” running backs coach CJ Spiller told TigerNet following Monday’s practice. “I can’t even take credit for that one (nickname). I’ve got to give that to my good friend, coach Robbie Caldwell. For some reason, he started calling him the Mafah Man, and it just stuck.” 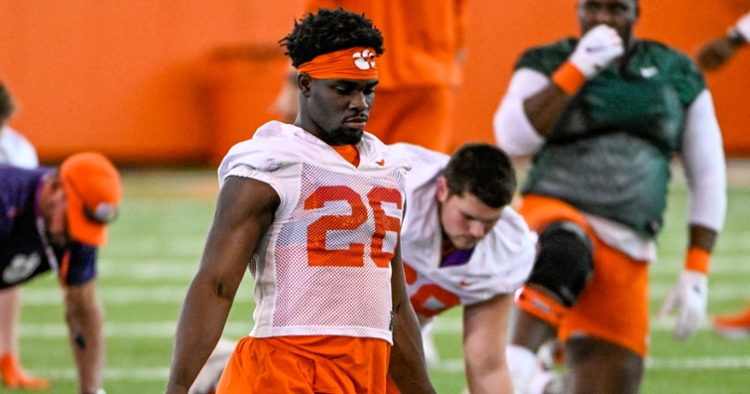 Mafah has earned his summer vacation with a stellar spring."

During the spring, Mafah has been at the front of the line for every drill and he’s carried the load offensively, from receiving drills to short-yardage drills to getting plenty of carries during the scrimmages. In other words, he’s earned a little time off.

“I’m gonna put the Mafah Man on a little summer vacation,” Spiller said. “We wanted to get him through the spring healthy considering he’s had a heavier load than what he’s had in the past. Mafah’s got some of the best hands on the team – he showed that last year. To be the size that he is, he has great hands, great feet, he’s got power, he’s got speed. I mean he can do it all.

“He took his game to a whole new level from a mental aspect, from a vocal aspect. He challenged the younger guys to step up and put their best foot forward. He comes in every day with a smile on his face, brightens up our room every day.”

Offensive coordinator Brandon Streeter said earlier this spring that he has full confidence in Mafah.

"I'm very pleased with Phil," Streeter said. "We challenged him when we started the spring that, 'Hey, you're going to take a big workload.' It's such a great opportunity for him to get a ton of reps with that first group. And I'm telling you right now, that kid has been incredible.

"I know CJ would think the same thing, but I got no reservations about (Mafah) in the game at any time. That kid is explosive. He's big, he's physical, he's smart. He understands the offense. He'll protect. He can catch the ball out of the backfield. And so he's done a very, very good job and he's such a quiet kid that just goes and works. He just goes and works. And he's just a pleasure to coach."

Spiller said he expects the running back rotation to include all three players – Shipley, Pace, and Mafah – because all three bring something different to the proverbial table, and he doesn’t see much separation among the three.

In other words, this spring has been good for Mafah Man.

“It has been fun to see Mafah be the guy,” head coach Dabo Swinney said earlier this spring. “He has responded well. I love his demeanor, his leadership. This has been really good for him. It has been one of those positive consequences, silver linings. With Kobe and Ship out, he’s had a chance to really lead the group. If we stay healthy, these three backs are as good of a group as we’ve ever had.”