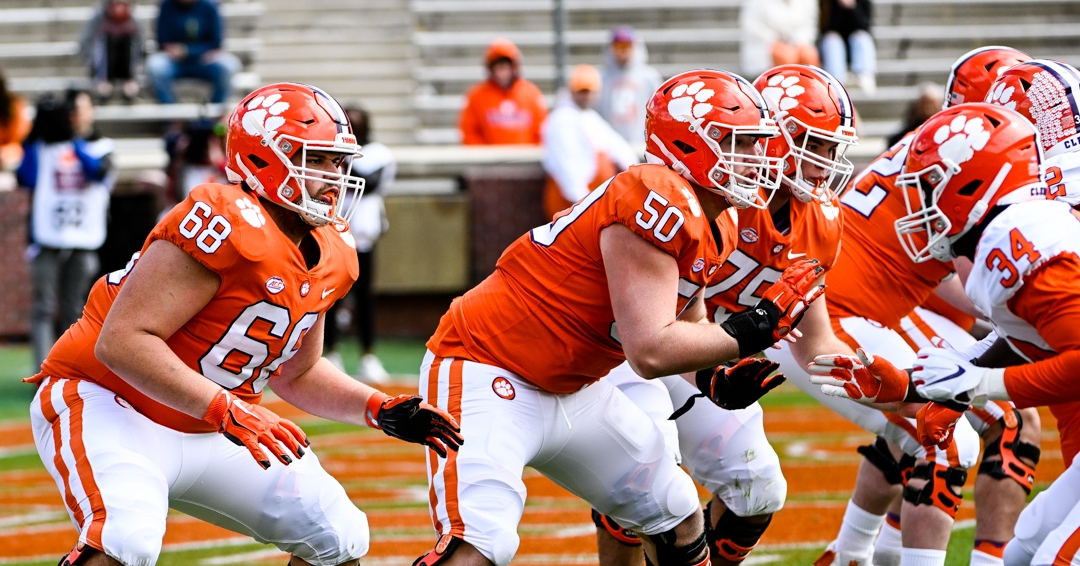 Clemson's success will depend on the play of the offensive line.

CLEMSON – Clemson’s offensive success this season will hinge, in large part, on the play of an offensive line group that struggled with injuries and inconsistency last season. Offensive line coach Thomas Austin thinks he has the players in place to succeed, but he’s also looking hard at the transfer portal for further help.

Thomas took over as offensive line coach when Robbie Caldwell stepped away from on the field coaching into a support role. Thomas has a core group of experienced players returning on the outside – like left tackle Jordan McFadden and right tackle Walker Parks – but the interior of the line is still a work in progress after right guard Will Putnam moved to center following the loss of Hunter Rayburn (injury) and Mason Trotter (won’t play until late in the season).

“We’ve got to get the best five on the field,” Austin said during spring practice.

Mitchell Mayes earned reps this spring at right guard, along with John Williams. Sophomore Trent Howard and redshirt freshman Ryan Linthicum saw time at center, while Marcus Tate is still at left guard after starting multiple games there as a true freshman last season. Bryn Tucker drew rave reviews from head coach Dabo Swinney at times this spring for his play at guard, while true freshmen Collin Sadler and Blake Miller both saw time at the tackle spots.

“Trent and Ryan have done really well,” Austin said. “They’ve been working really hard. Really excited about their progress. They’re young guys, and it’s a developmental position. If COVID and last year taught us anything, it’s the next-man-up mentality. You’re an injury away or a positive COVID test way from someone else being in there.” 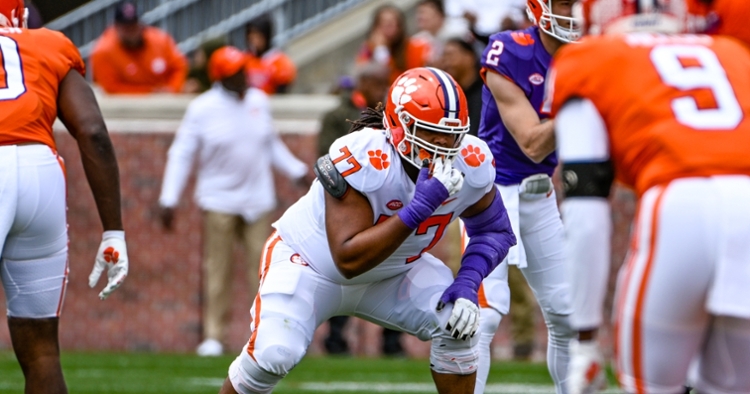 Clemson's success will depend on the play of the offensive line."

Austin knows that group has experience, but he wants it to have functional depth.

“We’ve got more experience this time around than we did last year at every place on our offense,” Austin said. “I think for our veteran guys, it’s taking the next step. And then we have some young guys that need to develop whether that’s losing a little bit of weight or gaining a little bit of weight or understanding the final details of the position. We need more functional depth than we had last year. That’s where that next group of guys needs to step up.”

Sadler and Miller turned heads with their play this spring.

“Those guys are phenomenal,” Austin said. “I told Coach Caldwell, he saved the best for last. Those two guys are great. Those guys are big, they’re physical, they’re athletic and they’re smart. We can work with that.

“They came in and just got to work, earned the respect of their teammates in the weight room and how they went through off-season workouts. So, they physically came in ready to play. Great strength programs, great coaching. Those guys came in well developed. They have really picked up on it well.”

However, the Tigers are actively looking at players in the transfer portal to add depth to a unit that has been crushed by injuries the last few seasons.

“We’re exhausting all options,” Austin said. “I love the guys we have. I feel loyal to those guys, but if there’s a guy out there that fits what we’re looking for, not just as a player but from a culture (perspective), then we’re certainly going to exhaust those options.”