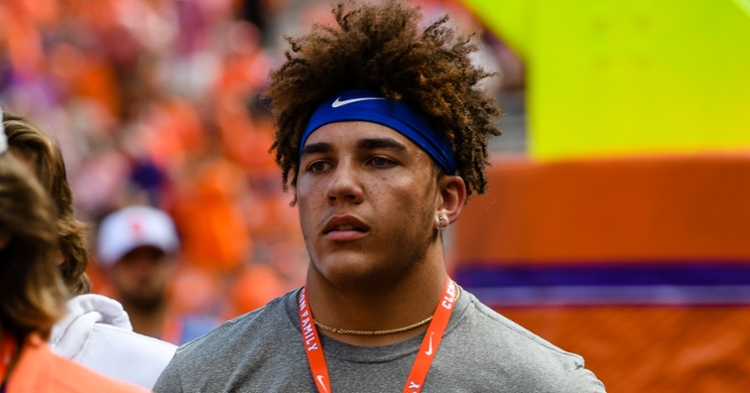 Thursday was move-in day at Clemson for the seven remaining members of the Tigers’ 2021 recruiting class, and the biggest question might be this: Will all seven still be here for the start of fall camp in August?

Quarterbacks Will Taylor and Bubba Chandler, wide receiver Troy Stellato, linebacker Barrett Carter, offensive linemen Tristan Leigh and Dietrick Pennington, and defensive end Zaire Patterson all moved in last week to begin their Clemson careers. It’s unknown at this time which, if any, will have an impact this fall.

Chandler and Taylor are the two biggest question marks – we’ve been over the fact that both are slated to play both baseball and football at Clemson and both look to be first-round draft picks in next month’s MLB Draft.

MLB.com’s latest mock draft has both getting selected in the first round: Chandler at No. 17 to the Cincinnati Reds and Taylor at No. 27 to the San Diego Padres. Opting to play for Clemson could mean leaving millions of dollars on the table. I’ve been told that Chandler is in definite wait-and-see mode, but many major league teams were waiting to see if Taylor actually moved in at Clemson and that would tell them his true intentions. He did indeed move in, but there are also rumors that Taylor could jump into the top ten (Angels at No. 9, maybe?) and then all bets are off.

So, which of the remaining five have the biggest chance to play this season?

Let’s start with Stellato. Last season, Amari Rodgers played the slot position and turned in fantastic numbers. That position figures to be held by Justyn Ross this season – who played there at times during his freshman campaign – and Stellato will get plenty of opportunity to crack the top three at that spot. You would figure that the coaching staff will take it easy with Ross right out of the gate and try to lessen his workload, so whoever is the backup(s) at that spot will get plenty of reps. I expect Stellato to be firmly in that mix.

Stellato has the speed to be a game-breaker (4.4 40), but he makes his living on slants and drags. He is also isn’t afraid to get his hands dirty and block in the running game. Can he run the long “go” routes that Rodgers turned into an art form last season? We will have to wait and see.

*Tristan Leigh. Leigh stands in at 6-6 and I was told he reported at around the 315-pound mark. He will compete right away for a backup spot at tackle, behind either Walker Parks (right tackle) or Jordan McFadden (left tackle). Most of the time, if a player wants to earn immediate playing time, it’s imperative they enroll early and go through spring practice. However, Leigh’s size and athleticism make that point moot (that and the lack of a true day-one starter behind Parks or McFadden). 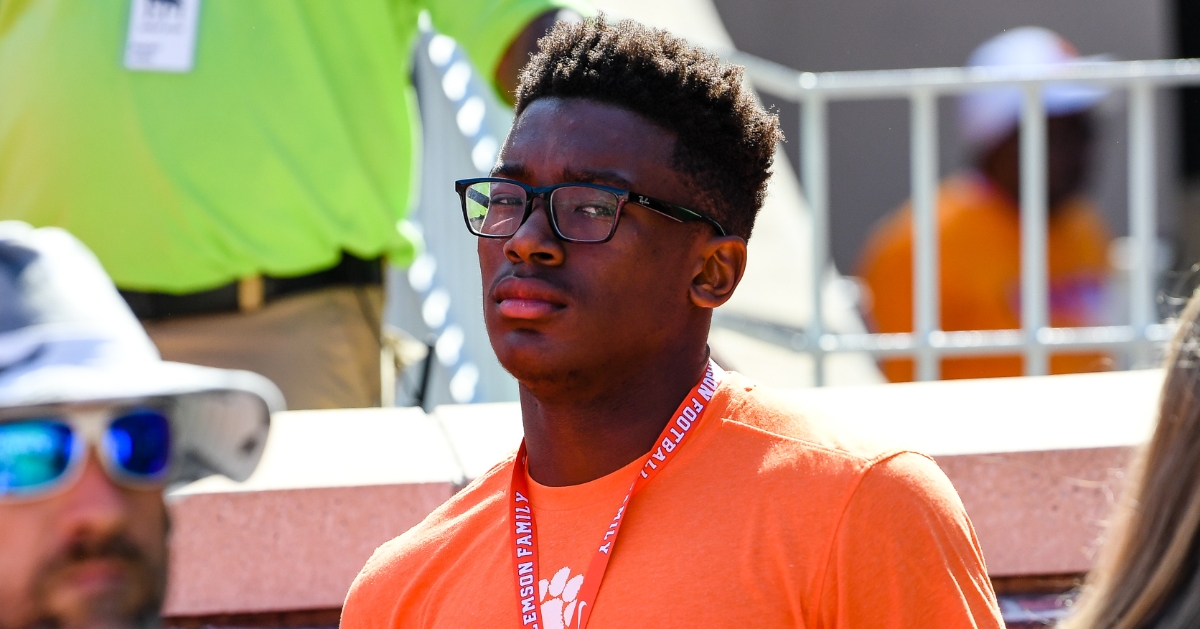 He has to learn to refine his pass technique (they didn’t throw much at his high school), but he has a nasty streak in the running game and has a great punch when he comes off the ball. I am not in Robbie Caldwell’s room, but I would think he would at least get a look to earn snaps at that important left tackle spot.

*Barrett Carter. We all know that the Clemson defense is loaded and returns starters and players with experience across the board. But Carter is different that most freshmen. As the defensive offers have gone out over the last year or so, we’ve heard a lot of comparisons to former Clemson standout Isaiah Simmons, a true freak of nature who started out as a safety but was used by Brent Venables as a hybrid in that Nickel/SAM spot. Simmons would line up on the line of scrimmage and rush the passer, he would drop into coverage and cover wide receivers and tight ends, and he was a force in the running game. I see Carter in much that same mold despite the difference in their builds (Carter checked in at 6-1 220).

Carter ran as high as a 4.5 40-yard dash in camps last year and has the speed to cover receivers and the size and intensity to wreck running backs in the hole. That Nickel/SAM spot will be manned by Trenton Simpson this season, but I look for Carter to get a look there (and maybe another spot) at points this season as Venables figures out how to get him on the field.

*Deitrick Pennington. Pennington is another one who has the size needed at this level (6-5, 326). When I’ve seen him in camps he’s smooth with great hands and will fit in at guard. However, that’s a spot where Clemson figures to have some functional depth this season and Pennington will have to climb several spots to earn playing time. When he does, however, watch out. I see Pennington and I see a guy who has the potential – potential – to play at the next level.

*Zaire Patterson. That leaves us with Patterson, a 6-6, 225-pound edge rusher with a lot of potential. This is another position where there is a traffic jam ahead of him, and he can take his time and fill out and learn the playbook. When he’s on the field, he’s electric. Patterson didn’t get in a full 2020 season due to COVID, but was outstanding in 2019. Against Bishop McGuinness he recorded a career-high 20 tackles, six tackles for loss, four sacks and three caused fumbles. He also had 14 tackles, including five tackles for loss against West Columbia that year.