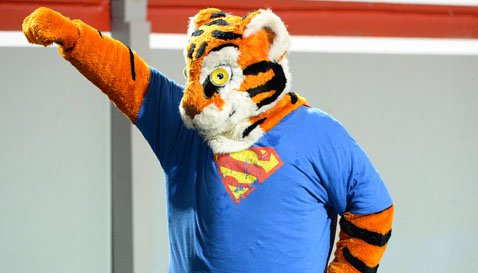 This may be the shortest blog I have ever had on this site for three reasons. First, its almost midnight and I have to be up in five hours for the radio show. Second, I am working on the Mark Fields commitment info. Third, this one was pretty simple.

I have other observations that we can get into later, but this game came down to free throw shooting. There are a lot of ways to win or lose a basketball game and in a close game free throw shooting is often times the difference.

When you miss 15 free throws it hurts. When you shoot 51% from the free throw line it really hurts.

We can talk about Landry Nnoko

Landry Nnoko
Jr. Center
#35 6-10, 255
Montverde, FL
View Full Profile being invisible again. We can discuss the idea of Siddy Djitte earning more playing time. We can talk about Demarcus Harrison being ineffective on both ends of the floor. We can talk about if Clemson should have played more zone. We can ask how this team always seems to take one step forward and two steps back. We can talk about nine o'clock starts and the lack of support. We can talk new coliseums and facilities. But the only thing that really matters is the fact that Clemson lost to a team that lost its best player to suspension and a team that was 9-9 overall and 1-4 in the ACC and a team that was coming off of a bad loss.

Some will try to blame a short turn around, but that is an excuse. Florida State played Saturday also and they had to hop a plane Sunday and travel.

Some will try to trot out the K.J. McDaniels

K.J. McDaniels
Jr. Forward
#32 6-6, 200
Birmingham, AL
View Full Profile excuse again, but that one is tired and FSU was without its best player from last year too.

I have been critical of this team this season when they don't play hard, but effort was not an issue Monday night. They played hard. You can't fault the effort.

Yes, this one was simple. Make free throws and you win. Shoot 51% from the free throw line and you get beat.