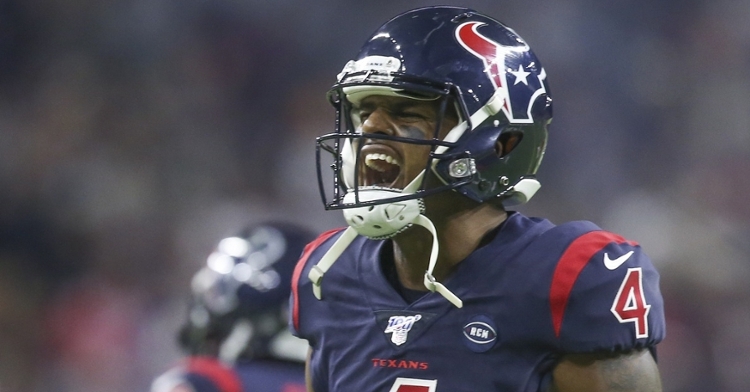 Watson won the AFC Offensive Player of the Week Award for the 3rd time in 2019 (Thomas B. Shea - USA Today Sports)

Houston Texans quarterback Deshaun Watson was named AFC Offensive Player of the Week on Tuesday after leading his team to a 28-22 victory over the Patriots on Sunday night.

Watson is the first player in Texans history to win the Player of the Week award three times in the same season.