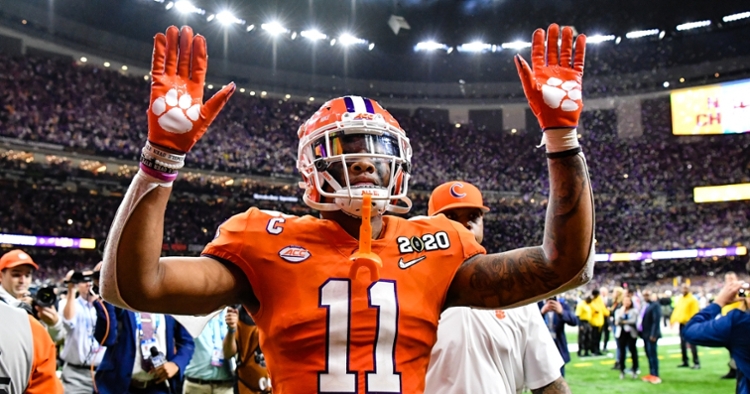 Simmons' last interception came in the home of his new team.

Last week, Isaiah Simmons and A.J. Terrell became the fourth and fifth Clemson Tigers selected in the top-17 picks over the last two NFL drafts. They were two of seven Tigers off the board this year and 13 selections over two years.

"It means we evaluated well," Clemson coach Dabo Swinney said to NFL.com Friday. "We’ve developed those guys well and our staff has done an awesome job. Then those guys have put a lot of work in. It’s really gratifying to see these guys come into your program, develop and achieve their dream. To see seven guys see their name called (this year) was something special."

As for Simmons, Swinney says he's ready for whatever the next-level brings.

The Tigers head coach says Simmons and Arizona are a perfect match.

"I’m happy for the Cardinals and think it’s a great fit," he said. "He would’ve been a great fit for anyone and he’s played in that stadium a few times. In fact, his last interception came in that stadium. He’s excited about it and wherever they tell him to go -- he’s going to line up and give everything he has.

"He’s also a great special teams player, which I think is underrated and not talked about as much with him."