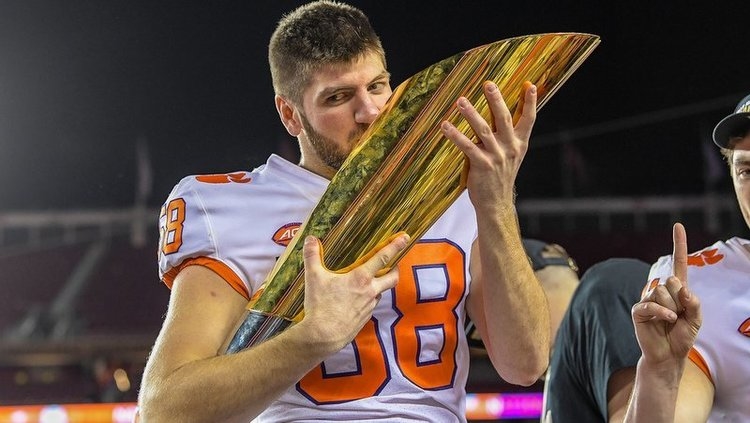 The No. 1 Clemson Tigers are undoubtedly a favorite to make the National Championship game next January in New Orleans.

All six Sports Illustrated panelists making Playoff predictions were on the same track.

Five of the six expect Dabo Swinney's Tigers to end up close-to-home for the Playoff semifinals with the Peach Bowl in matchups varying from Ohio State to Alabama. Those five projections also had the Tigers going on to another national title, with wins picked over Alabama, Ohio State and Georgia.

SI's Ross Dellenger was the lone analyst to take Alabama over Clemson, first sending the Tigers through a Fiesta Bowl matchup with Michigan.

"Have you ever seen an angry Tua? Well, you're about to," Dellenger writes. "Tagovailoa finished second in the Heisman Trophy voting and his team finished runner-up in the national championship. What more motivation does an already supremely talented player need? Also, take a look at the Tide's schedule and tell me what game is even remotely losable. The toughest is probably at Auburn or at Texas A&M, two teams that combined last year for nine losses."

The arguments for Clemson surround another year with Trevor Lawrence as QB and a Playoff path can be navigated for a defense in transition.

"While I don’t think this Clemson team is as good as last year’s, the Tigers still boast the nation’s best offense and have a soft schedule due to residing in the worst power conference east of the Pac-12," SI's Max Meyer said. "Trevor Lawrence might just be the most hyped quarterback prospect since Andrew Luck. Travis Etienne, Justyn Ross and Tee Higgins form the most dangerous collection of skill-position talent in the country. And while the defense loses one of CFB’s best defensive lines in recent memory, there’s still plenty of talent on that side of the ball. Give me Dabo’s squad to capture its third national title in four years."