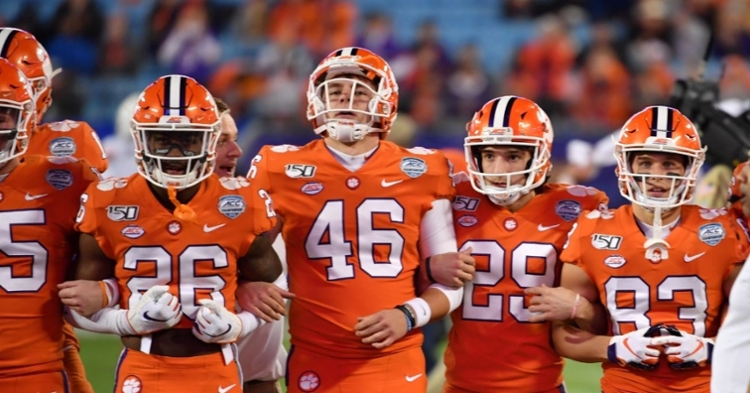 "I love being able to do that," Clemson coach Dabo Swinney told the Boston Herald recently. "I always try to save a few (scholarships) for that reason. I like to reward guys who put in the work every year and Jack has put in the work...

"We didn’t know much about him at first. He came to one of our camps and he made an impression on us. He really impressed us as a long snapper and he had just started doing it. We were intrigued with him as an athlete. He could run well and had good size. We thought he could be a great long snapper.”

Maddox snapped in nine games last season and posted a fumble recovery on a muffed punt at NC State.

Maddox says the honor is the product of the work he's put in.

“When I got to Clemson, my dream was just to play big-time college football one way or another,” Maddox told the Boston Herald. “Obviously, I want to play more. This feels good. I put in a lot of work, snapping footballs into a baseball net at home.”

Maddox is a political science major and a three-time ACC Honor Roll selection.