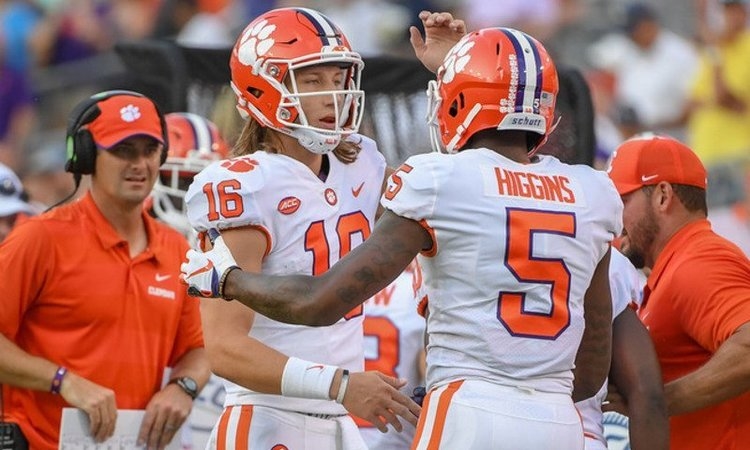 Four Tigers earned first-team honors on the offensive side of PFF's grades.

On the offensive side, Trevor Lawrence got the nod over NC State's Ryan Finley, who earned the top spot from the official conference list.

"What Lawrence did as the starting quarterback for Clemson is nothing short of remarkable," PFF said. "Taking remarkable care of the football, he finished the season with the fewest amount of turnover-worthy plays out of all qualified starting FBS quarterbacks."

ACC player of the year Travis Etienne led the way at running back, where he is credited with over half of his yards coming after contact (53 percent). Mitch Hyatt picked up the first-team OT honor, as they credit him with only 11 pressures allowed in 398 pass blocking snaps.

On the defensive side, Christian Wilkins and Dexter Lawrence man the middle of the all-conference first-team defense. PFF credits Wilkins (36) and Lawrence (31) as going 1-2 in the league in QB pressures.