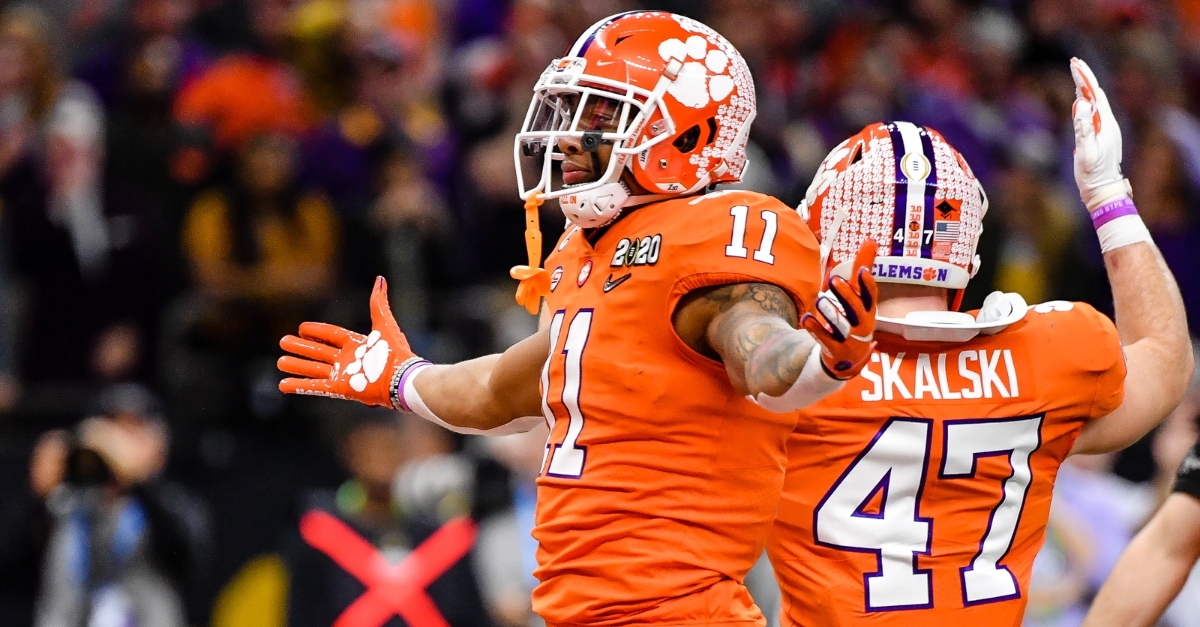 Isaiah Simmons is the top linebacker in the draft and brings versatility to play in other spots as well.

Pro Football Focus released its first NFL draft top-10 lists for position groups Tuesday and three Tigers were in the top half at their respective positions.

Isaiah Simmons is rated the top linebacker after being ranked by the outlet as the No. 5 player overall for the 2019 season.

"He put forth elite grades across the board and just couldn’t be contained," PFF analyzed. "Despite logging snaps at nearly every position on defense, Simmons graded below 62.3 in only one game and even went as far as finishing 12 games with well-above-average game grades. He was dominant against the run, with his tackling and when he rushed the passer, but he was at his best in coverage. He rushed the passer just 72 times and came away with 30 total pressures, including eight sacks, four hits and 18 hurries. He saw 359 snaps against the run and made a run stop on 22 plays."

"The highest-graded receiver over the second half of the season, Higgins looked more and more like potentially the best player at the position for the 2020 draft as the season wore on," PFF analyzed. "He benefitted greatly from Lawrence’s improvement down the backstretch, but he was also a huge reason why Lawrence was able to improve. For a man his size, Higgins possesses an incredible sense of balance and hands as well as a monster catch radius and terrific body control. He routinely made sideline catches look easy and took the next play to the house with his speed and route-running ability that saw him run himself wide open more times than not."

K'Von Wallace is the No. 5 safety in the draft according to PFF, which is higher than outlets such as ESPN (No. 12 there).

PFF analysis: "He set career-highs across the board but markedly in total QB pressures (13), and he blitzed the quarterback just 53 times to do so. On the backend, he was the primary coverage defender on 47 total targets, allowing 27 receptions and no catch longer than 35 yards while making 10 plays on the ball and allowing just one touchdown in his coverage. Perhaps the biggest improvement to his game was his tackling skill, as he also set a career-high in tacking grade. He attempted 73 total attempts and missed just six of those this year; 55 of them went down as solo tackles and another 22 went down as a defensive stop."

AJ Terrell, a draft early-entry like Simmons and Higgins, was rated the No. 9 cornerback.