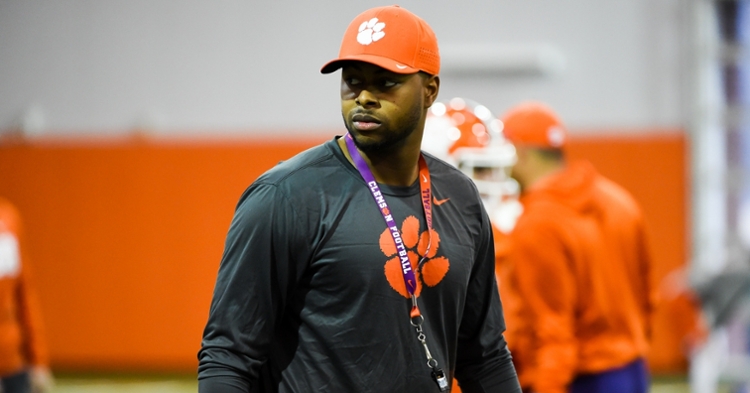 Dye was a solid hire by Jeff Scott at USF

"I'm so fired up that Xavier is joining our staff at USF," Scott said. "Obviously, I know Xavier very well, having spent three seasons coaching him as a player and two with him working as part of our coaching staff at Clemson. He is a great young coach and a fantastic person that will bring great energy and help develop our players on and off the field."

A native of Greenwood, S.C., Dye served as an offensive graduate assistant coach, working with the receiving corps for two years at Clemson (2017-18). The Tigers posted a 27-2 record, won two ACC championships, made two College Football Playoff appearances and won the 2018 CFP national championship during that time.

Higgins and senior wide receiver Hunter Renfrow were named to the ACC All-Conference Second Team. Renfrow was selected for the Burlsworth Trophy (top player who began career as a walk-on) and the Bowden Award (dedicated to faith, family, friends and football) and Ross was named a Freshman All-American.

He spent the 2013 season at Western Carolina as a defensive quality control coach and an academic counselor.

A dean's list student at Clemson, Dye played wide receiver for the Tigers from 2007-10 and earned a bachelor's degree in sociology. A two-year starter (2009-10), he had a receiving touchdown from a quarterback (Kyle Parker), wide receiver (Jacoby Ford) and running back (C.J. Spiller) in 2009, becoming the first Tiger with a receiving touchdown from three different players in the same year, from three different positions.

While a student-athlete at Clemson, Dye was active in community service events and earned on spot on the American Football Coaches Association's Allstate Good Works Team as well as being named a finalist for the John Wooden Award. He was selected for the FCA Spiritual Award and served as a keynote speaker at numerous functions.