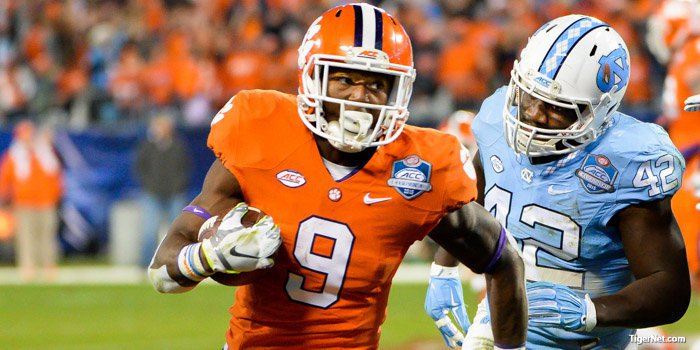 Gallman says Clemson has the talent to win it all

Clemson running back Wayne Gallman has been here before.

He said his sophomore team at Grayson High School fell short of a state title in Georgia, but the team bounced back the next year to win a championship.

Gallman’s Clemson team lost in the College Football Playoff championship game last year, but he thinks the Tigers can get right back to the top of the college football world this season.

The Tigers open their season Saturday night at Auburn.

“It’s kind of weird because my sophomore year in high school, we were on the way to the state championship,” Gallman said. “At that time, I wasn’t mad or anything, I just knew we were going to go back. In my junior year, we won the state championship on that team. I felt kind of the same way last year, like we can do the same thing.

“I was pretty mad that we lost, of course, but I always had that focus, ‘If we can stay focused and keep that drive, then we can always make it back.’ We’ve just gotta do the right things.”

He set the Clemson single-season rushing records with 1,527 yards and 283 carries and scored 13 touchdowns. He also set the program’s record for total yards from scrimmage with 1,740, surpassing C.J. Spiller’s previous record of 1,715 yards in 2009. 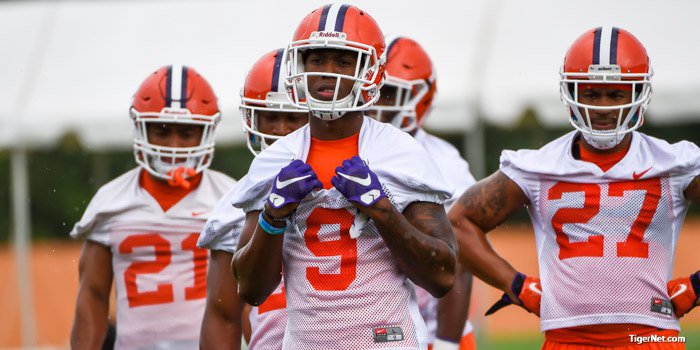 Gallman says Clemson has the talent to win it all"

“The offseason was a high point for me,” Gallman said. “I tried to work my hardest in and out of the weight room, running, doing anything I could to just better myself because I already feel naturally better with the game of football. But talent isn’t everything, so it always matters.”

And, of course, the offense is led by Heisman Trophy candidate Deshaun Watson at quarterback.

“It can be pretty good,” Gallman said of the offense. “I’m pretty sure you all know that we’ve got all the wide receivers, got all the running backs, and we’ve got Deshaun, so it just all goes together with just execution. It just goes to show that the coaches have done a good job of recruiting, and they’ve done a good job of coaching us and what we do at practice, so it will all just come game one and see what we can do.”

What the Tigers want to do is to get back to the championship game and try for another shot at the title.

“Ben (Boulware) is probably the most vocal towards everyone, just letting everybody know the fact of how much he wants it to get back,” Gallman said. “The whole offensive line, they want it, the defense, whoever, we’re all wanting the same thing.

“Pretty much for the whole season, we’re embracing the target, knowing that we’re a target. We proved last year that we’re a team that can come out and do anything to win, so teams want to beat us.”