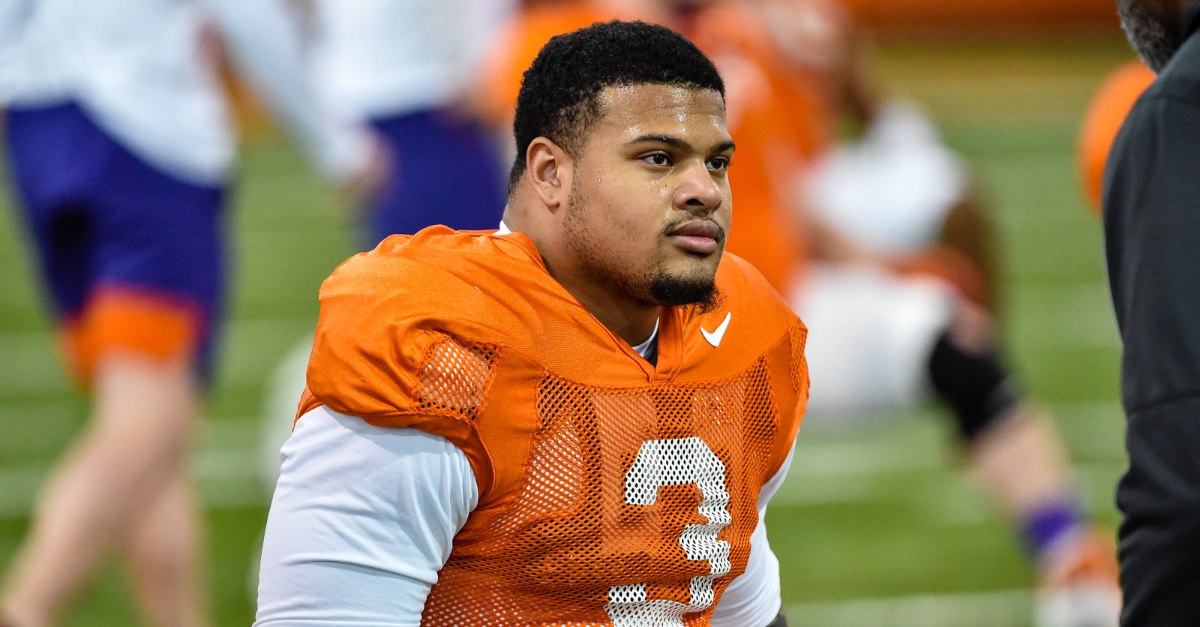 Thomas will likely redshirt this season.

Xavier Thomas is on the James Skalski plan.

As a result, Thomas is behind the rest of the team in his conditioning and Swinney said the team hopes to redshirt the South Carolina native this season. Swinney said the coaching staff wants Thomas to be at his full potential and won’t rush his comeback.

“X has probably had more on him than anybody since March,” Swinney said. “He was having a great spring, was super excited about this season and really had a lot of goals about what he wanted to do this summer to really ready himself for a big year.

“We leave in March for spring break and obviously the whole world gets shut down, facilities get shut down. And then he gets COVID – I have permission to say that – and had to quarantine and all that. We had nowhere to work out. Then he got strep throat just when we were getting ready to go. He’s out again and probably picked up 10 or 12 pounds during whole quarantine thing, which put him in a bad place mentally as well. We get back going with our mandatory stuff and it’s pretty obvious early on that he’s nowhere near where he needs to be to play football. The No. 1 thing is for these guys to be healthy and the last thing we want is for X to go and try to be half of his potential.”

Skalski injured his foot in the lead-up to the 2018 season, played one regular-season conference game and then returned to play in the ACC Championship Game and two College Football Playoff games, including the National Championship Game. A new rule instituted by the NCAA that season said a player could play in four games and still redshirt, saving Skalski a season.

“Skalski was working back from his foot and we’re like you know what – play him in four games, save a year,” Swinney said. “And that’s kind of where we are with X.”

Thomas has seen significant playing time in each of his first two seasons on campus and has 60 total tackles, 16.5 tackles for loss and five sacks across 26 games in 2018 and 2019. He was a 5-star recruit and the No. 1 strongside defensive end in the country in the class of 2018 when he signed with Clemson.

I asked Swinney if the decision was made a little easier because the Tigers have depth at the defensive end spot, but he said that they would have made this decision regardless of the number of bodies on the line.

“This is an elite, elite player and the last thing he wants to do and the last thing I want to do is see him not be able to be the best version of himself,” Swinney said. “This is a blessing and I think it will prove to be that. It’s fun to see guys mature and grow. He’s only 20, he’s just a baby. I know he looks like he’s 30 and could fit in any NFL locker room on the hoof, but he’s 20 years old and has his whole future in front of him and we want to help him maximize that.”