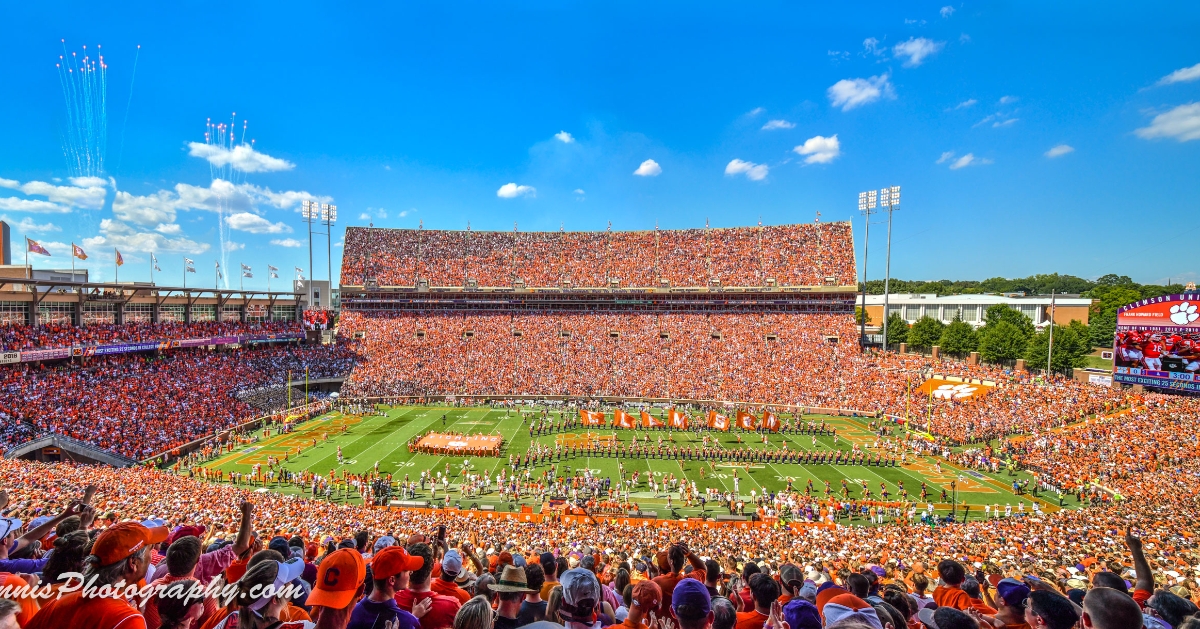 Andrew Booth is happy at least some fans will be in the stands this season.

Andrew Booth calls it a blessing that at least some fans will be in the stands this season.

The Clemson football team practiced for two hours Thursday afternoon, and once practice was over, word began to circulate that somewhere around 19,000 fans will be allowed in the stands in Death Valley this season.

Booth, the sophomore corner out of Dacula (GA) Archer, broke out into a big smile when he found out he would be playing in front of fans.

"That's huge. It’s a blessing,” Booth said. “We all thought it was just going to be us out there talking to each other, like in a scrimmage. To have that amount of people, it's a huge blessing."

Booth has been drawing rave reviews in camp and said it’s good to finally be healthy.

"Definitely took a huge toll on me last year not being able to move how I used to,” he said. “Just feels like your swag is gone, out there playing naked. Now I'm healthy and able to fly around and able to show my teammates and coaches my athleticism and what I have."

Asked if he felt like he had locked down the cornerback spot opposite Derion Kendrick, he said he does, “but that's up to the coaches at the end of the day."

He was also asked about the shooting of Jacob Blake in Kenosha, Wisconsin recently and Booth said love conquers all.

"We had team meetings regarding the situation to talk about it. The biggest thing is we acknowledge the issue and talk about it as a team,” Booth said. “I usually get with Darien Rencher. I talk to him about it. He's another guy I look up to. He tries to understand both sides before talking. You can get frustrated with Rencher, but you have to respect him. He thinks about it deeply before responding. He's like our nucleus."

*Said camp has been great and they're working well together as a DB group. There's competition but they want to pick up each other on each rep. He's just focused on having a positive mindset to get better each day.

*Williams confirmed that freshman receivers EJ Williams and Ajou Ajou have been impressive.

*He also thought the NCAA waiver was a good thing for players to have extra time to develop their game.

Maddox is a former walk-on that earned a scholarship at the end of camp. He’s from Massachusetts and said he learned about Clemson because his uncle is a professor here. He said that allowed him to come down for head coach Dabo Swinney’s high school camp and he snapped for the coaches. He had offers to play at lower levels but wanted to challenge himself.

*Maddox has won a National Championship and ACC Championships and big bowl games, but said one of the highlights of his career was jumping on a fumble last year at NC State.