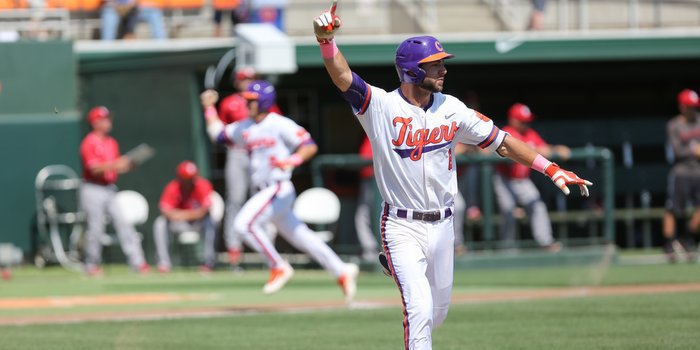 CLEMSON – What did you get your mom for Mother’s Day? Balloons, flowers, candy or even a massage?

How about getting your first win as a starter and a walk-off single to take the series from the No. 9 team in the country?

Junior pitcher Pat Krall and junior second baseman Weston Wilson didn’t need to be reminded that Sunday was not only a big game for the Tigers’ baseball season, but it was also Mother’s Day.

Krall earned the first start of his Clemson career in Sunday’s series finale against N.C. State and it was only fitting that both his mom and sister were there for the game on what would turn out to be a special day.

“She was predetermined to come down this weekend.” Krall said after Sunday’s game. “They told me last (Saturday) night after the game that I had Sunday. I didn't tell her until after dinner so she could hold her excitement in. I said, 'Mom, I just wanted to tell you that I'm going to get the start.' She said, "Why didn't you tell me earlier?' I was like, 'No pressure mom. I know it's Mother's Day. You don't have to remind me.' I'm really glad she was here to see it.”

As the Pennsylvania native jogged off the field in the ninth inning – after pitching a complete game and only giving up one run on five hits, three walks and striking out five – he looked just above Clemson’s dugout to catch a glance of his mom and to let her know the performance and the game were for her.

“My mom was here. I gave her a little point. She had a flight and she said she was going to try to stick around until 3:30. In the ninth inning, I looked up at the clock when we were running out there,” Krall said. “I knew she was here for it, but she had to leave before I could see her after the game, but I did get to see my sister. In the ninth inning, I gave her a little point so that she knew if she left that I saw her. I could not have imagined it, but I'm really glad it happened for Mother's Day because she's a great mom.” 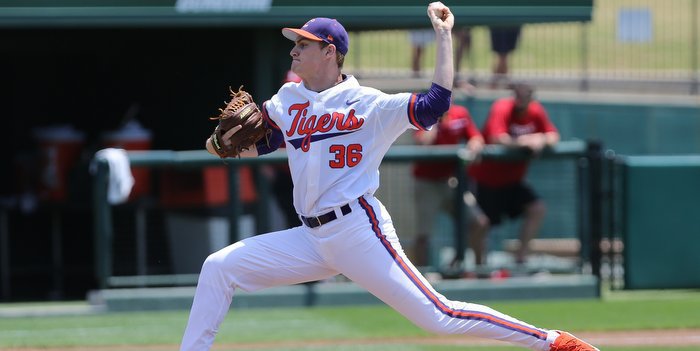 Despite the great performance by Krall, Clemson and N.C. State were tied at 1-1 heading into the bottom of the ninth and need the heart of its order to scratch across a run to complete the magical day.

The Tigers got a leadoff single from Chase Pinder in the ninth, and he was sacrificed to second by Eli White. That brought up Seth Beer, but the Pack walked him intentionally and walked Chris Okey on five pitches to load the bases with just one out.

In stepped Weston Wilson, who said he was looking for a little Mother’s Day magic of his own and a base hit to put the Tigers over the top. He got just that as he bounced a single off the glove of the shortstop to drive in the winning run and bring his mom to tears.

“No, it couldn’t have gone any better,” Wilson said of his ninth-inning heroics. “Especially making my mom cry on Mother's Day. I came up the steps, and she was tearing up a little bit. She said, 'I was crying immediately.' My sister told me that she started bawling. It was good. My first few at-bats I didn't have anything drop or get anything going, but I knew my opportunity was going to come back around. It came back around in the ninth, and I was able to get the job done, and I was happy for that.”

Krall might see his mother a little more if everything works out.

“She's come to a little bit more this year because she's trying to move down south, so she's been here a little bit more,” Krall said. “She was at the Carolina game in Greenville. She was at this game and two other series. She's been to more games than last year which is nice. She's found a house in Marietta, Georgia. My sister works in Cobb, so she's trying to find a place between her and me. She's moving down from Pennsylvania. We've been in Philly since I was born.”