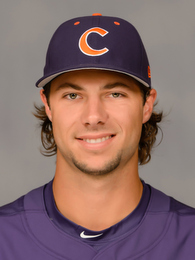 Personal: His brother, Spencer, has overcome a rare tissue cancer twice; his story was featured on an ESPN E:60 segment in December 2014 called “Dedication Game;” he dedicated a January 2014 basketball game while at Bishop McGuinness High School to a friend (Josh Rominger) who passed away from cancer, then made a 50-foot shot at the final buzzer to give his team a two-piont victory; Spencer is slated to play basketball at Belmont Abbey starting in the 2015-16 season ... majoring in parks, recreation & tourism management ... born Weston Graham Wilson on Sept. 11, 1994 in High Point, N.C.