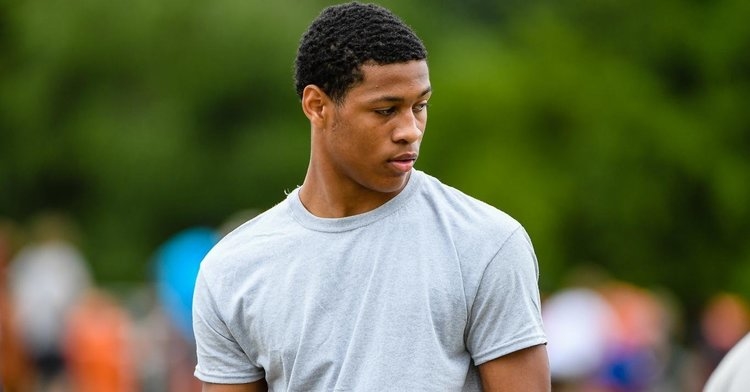 Green earned an offer after working out at Dabo Swinney's camp last June.

One of the top remaining targets in the 2021 recruiting cycle for the Clemson football coaches is cornerback Nyland Green, but Green isn't close to making a decision.

Green (6-3 170) is a 4-star cornerback out of Covington (GA), and he said Monday night that unlike many of the top recruits in the country, he’s not ready to commit. In fact, he’s far from it. Clemson has been on him as hard as anybody.

“I really haven’t come down to a certain group just yet but I’m working on it,” Green said. “I’ll come out with that real soon. It will be like a top-five.”

Green received an offer from Clemson when he worked out at the Dabo Swinney Camp last summer, then returned to campus for the Texas A&M game in September.

Before the NCAA instituted a recruiting dead period in mid-March due to COVID-19, Green was able to visit Georgia, Auburn, Florida State, South Carolina, and Tennessee with teammates. They had planned to make a stop at Clemson but could not make the trip after in-person recruiting was shut down.

Green has been a frequent visitor to Clemson, for a camp, for games and for junior days. There’s a lot of familiarity and comfort between the two sides, and plenty of communication.

“I hear from them pretty often, from Coach (Mike) Reed and Coach (Brent) Venables,” Green said. “Couple of times a week, mostly texting with them and sometimes on the phone. They really want me bad down there. I’m a main part for them and they surely would love to have me. I’m feeling really good about it (his view of Clemson). I’m just sitting back and enjoying it.

“(They like) that I’m a long, powerful, physical corner. I can move, I have great hips, great feet and great ball skills.”

Schools Green has visited recently all remain in contact along with Alabama, Florida State, Florida, LSU and others. Green has pinpointed what will separate one school from the rest.

“A school that not only treats me as an athlete but treats me as well with what I do outside of football,” Green said.

Green said it’s possible he’ll make his decision before his season. And he’s planning on signing early and enrolling in January.