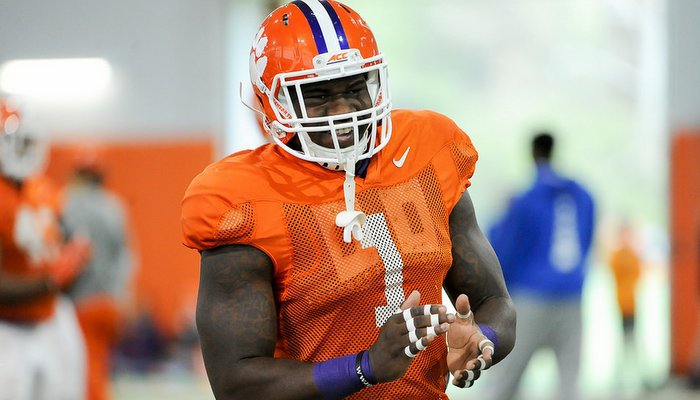 We have all heard the rumors in recent weeks, so you can tell summer is here.

You don't have to walk outside and see that it is 99 degrees every day to know it is summer time. All you have to do is watch student-athletes around the country make bad decisions.

For years it was an advantage to schedule Georgia in the first two weeks of the season. Athens, GA is a great party town, but when you have 115 football players roaming the campus and city, inevitably, bad things happen.

At Clemson we have been pretty lucky to avoid the big suspensions. Sammy Watkins

But this year, the pendulum of bad boy behavior has swung towards Tigertown. A few weeks ago Dabo Swinney

Ogundeko had some promise, but I doubted he would have become a major favor.

Lakip is a different story. Last year he turned into a weapon when he got over a mental block. Coming into the season, Lakip could have been considered a strength.

Part of the issue now is the depth behind him. No one with any significant experience is waiting in the wings. No placekicker has made a kick that has meant anything so far in his career.

However, discipline is paramount. Discipline cannot be sacrificed. Coaches are right when they preach discipline. A lack of discipline can get you beat on the field. But more importantly, discipline off of the field is what a football program can't survive without. Coaches have to have rules and there has to be consequences. The more serious the rule, the bigger the consequence.

It is important to discipline players because the outside world is watching. Coaches can't afford to let players off of the hook too often.

It is important because prospects and their parents are watching. You have to send a message to parents that their sons will be held accountable and valuable lessons are taught.

But most importantly, the other players are watching. The rules have to be the same for everyone. It doesn't matter if he is a starter or a third-team guy, discipline is discipline. Coaches can't take ability into account. That is one of the fastest ways to lose credibility within your program.