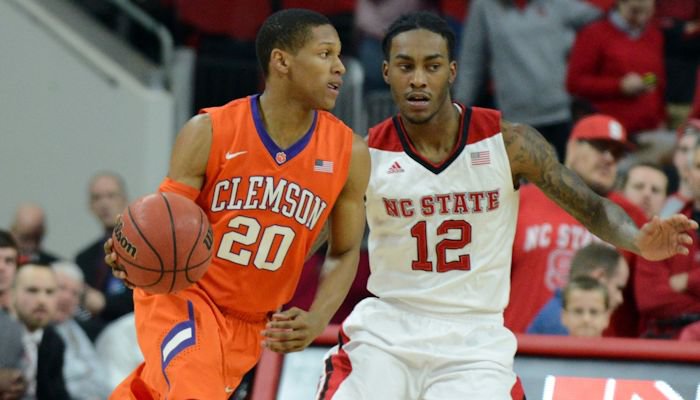 Losing to the arch rival is never good, but losing to the Gamecocks two years in a row is hard to take.

It is hypocritical for me to criticize the fans for not going Friday night. I will admit that I was not in Greenville for the game Friday night because I had a previous engagement. But can you imagine someone scheduling a party the same time as the Carolina-Clemson football game?

Clemson fans are still on Cloud Nine from this football season and are much more concerned about Clemson and Oklahoma in the Orange Bowl, the potential for the national title, and the Tigers' continued success in football recruiting.

The truth of the matter is that Clemson has had a difficult time competing in the ACC in basketball. That cause was hurt in the 1950s and 60s when the rest of the league was building powerhouses in basketball while Clemson focused its resources on football. But over the last 30 years, Clemson has fared very well against South Carolina in basketball. Watching Frank Martin recruit a talented team in Columbia makes it harder to watch Clemson struggle on the hardwood.

I don't expect to compete in the ACC on a yearly basis, but I do expect to beat South Carolina.

If we are honest with ourselves, we can look at this basketball season as a disappointing start. Clemson is 7-4. The Tigers' seven wins have come against North Carolina Central, Texas San Antonio, Texas Southern, Rutgers, USC-Upstate, Wofford, and Presbyterian. Clemson's four losses have been to UMASS, Minnesota, Alabama and South Carolina.

Clemson's RPI is 262. The Tigers are behind Grambling, North Dakota, Eastern Washington, South Carolina State and The Citadel in the RPI.

The only Power Conference school lower than Clemson in the current RPI is Boston College.

I love Clemson basketball, but this season looks like another disappointing start, and I am not sure at this point how exciting the new year will be for this program.