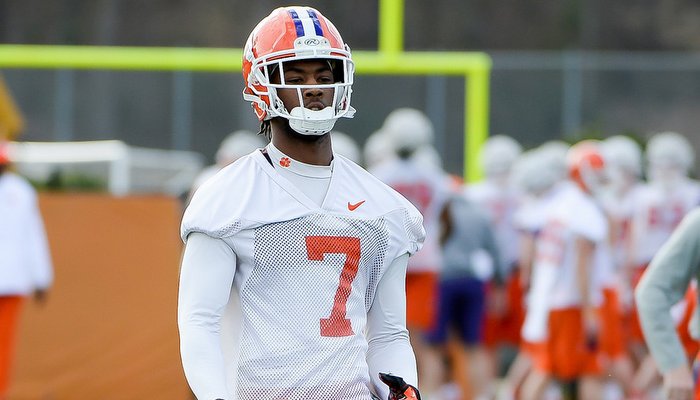 I always enjoy the first day of practice and am pumped to know that we will be able to stay for an extended amount of time for the first two days of practice this year.

I have to avoid the temptation of just watching Deshaun Watson over and over again because there are so many other things to look for today, but the temptation is still there.

I want to watch Wayne Gallman, but there is nothing the Wayne Train can show us today that we haven't seen from his school record-breaking season a year ago.

I am interested in seeing Mike Williams again but what can Artavis Scott or Hunter Renfrow show us today that we haven't seen? The same can be said for Jordan Leggett, Mitch Hyatt and Jay Guillermo.

The real storylines for the first day of practice are the newcomers, and Clemson has so many freshmen that we are looking forward to seeing for the first time today.

I will try to get a long look at Zerrick Cooper today. He could avoid a redshirt season and may be in the running for the backup quarterback role. Cooper wowed the staff a couple of summers ago at camp, and Brandon Streeter thinks Cooper has a high ceiling. It will be interesting to see Cooper's skill set compared to Kelly Bryant and Nick Schuessler.

Tavien Feaster will go through his first college practice today. I was pleasantly surprised to see his weigh in at 207 yesterday. Feaster brings a different skill set to the backfield, and his top-end speed is elite. How will he be able to handle the jump to the college game?

A big change in college football is the fact that offensive linemen are playing earlier and Clemson has some good looking young linemen. We saw Tremayne Anchrum and Sean Pollard in the spring, but today we will get our first peek at John Simpson who looked great at the weigh in.

Xavier Kelly is an athletic defensive end that could join the mix at defensive end very early. Over the next two days, I want to see how his body and athleticism stand up to the other defensive ends.

The Tigers lost three defensive backs to the NFL, so newcomers like Mullen, Wallace and Simmons may get an early look. This is a unit where newcomers can make an immediate impact, and I will try to spend some time with this group.

Clemson inked a top ten class again this past February and today the staff will get to unwrap that gift. In the spring we got a sneak preview of physical freaks like Dexter Lawrence, Tre Lamar and Shaq Smith. Today and tomorrow I can't wait to compare the rest of the class. Now if I can only remind myself not to get caught gravitating back to just watching Deshaun Watson over and over.