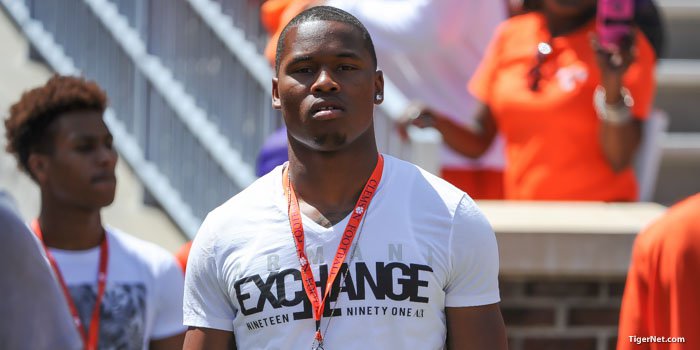 5-star Clemson linebacker target Rahshaun Smith announced his final three schools on Sunday and it included Clemson, Auburn and LSU according to his Twitter account.

"I have narrowed my list of schools that I am still considering, University of Maryland is no longer a school of choice for me due to the recent staff changes that have affected my recruitment," Smith tweeted. "I would like to thank the Terps and the fans of my hometown school. It is a tough decision, and I have tremendous respect for my state and the fans of UMD, which is why I wanted them to be first to know. I will be announcing my college decision once and for all at the Under Armour Game coming up."

Smith will graduate high school in December and plans to enroll in a college in January to play football and major in business.

He will announce on Jan. 2 at the Under Armour All-America Game in Orlando, Florida.

As a junior, Rahshaun Smith had 111 tackles, ten tackles for loss, three sacks and two interceptions.