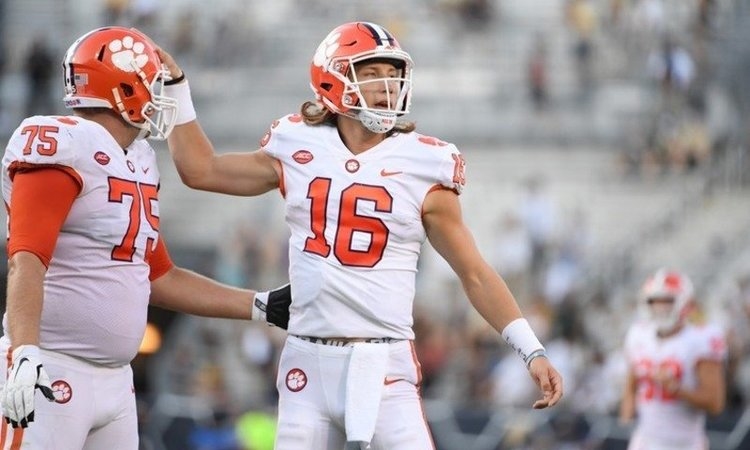 The accolades keep rolling in for freshman quarterback Trevor Lawrence.

The Touchdown Club of Columbus announced that Lawrence was named the Archie Griffin Award winner which is presented to College Football's most valuable player following the end of bowl season.

Lawrence led the Tigers to a National Championship and completed 259 passes out of 397 for 3,280 yards and 30 passing touchdowns.

The award will be presented at the 64th Touchdown Club of Columbus Awards on Saturday, Feb. 9 in Columbus, Ohio.

Here are the past winners of the award: