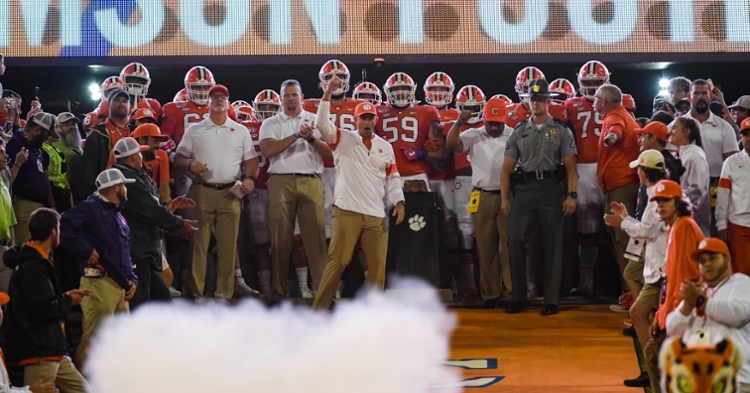 The lineup features 12 games from the past nine years. The debut features the Tigers’ 27-23 victory over Syracuse in the 2018 season. Each episode will air at 7:30 p.m. on Saturdays on WSPA Channel 7 in the upstate, as well as WJBF in Augusta, WCBD in Charleston, WACH in Columbia, and WBTW in Myrtle Beach. Check your local listings for air times in your area.

The series also includes the 2015 “rain game” victory over Notre Dame, as well as the 2014 defeat of South Carolina, the first of the current streak of six consecutive wins. The show is hosted by Mark Childress, and will feature a panel of guests, who will tell stories and discuss memorable moments, historical significance, and big plays from each game. Panelists and guests include Don Munson, Tim Bourret, Ross Taylor, Kendall Joseph, Eric Mac Lain, Kelly Gramlich, Tanner Muse and many more.