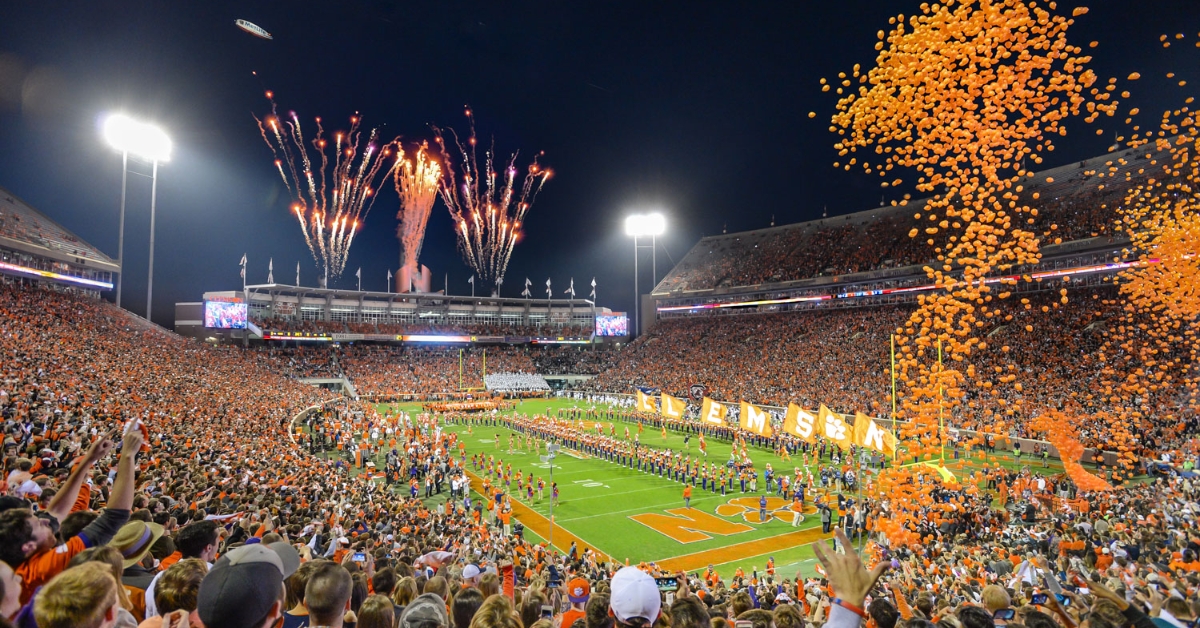 TigerNet held a fan survey last week that yielded over 4,200 responses regarding the 2020 Clemson football season and confidence surrounding it due to the COVID-19 pandemic.

Part one of our look at the results covered some big-picture thoughts on the season happening, but in part two we move into some topics that assume the campaign gets off the ground.

First off, how many Tiger fans would you be comfortable attending a game with?

Nearly 40 percent (38.3) of respondents said they would be comfortable with a packed Death Valley, while 10 percent wouldn’t attend at all, 22.2 percent favor around 1/4-capacity or lower and 29 percent are fine with at least half capacity. If fans are not allowed in this fall (or spring), 15.3 percent of those polled said the season should not go on, with 71.4 percent saying they should still play and 13.2 percent not sure.

38.8 percent would still go with no limits on capacity.

In a rating of comfort in attending by month, Tiger fans queried were most wary of September attendance, with 21 percent rating their comfort at 1 out of 5 in September.

Fans aren't as ready to go back in September.

On the matter of masks and face coverings, only 56.3 percent believe mandatory face coverings are necessary for fan attendance, while 19.1 percent said they would not attend if they were mandatory. 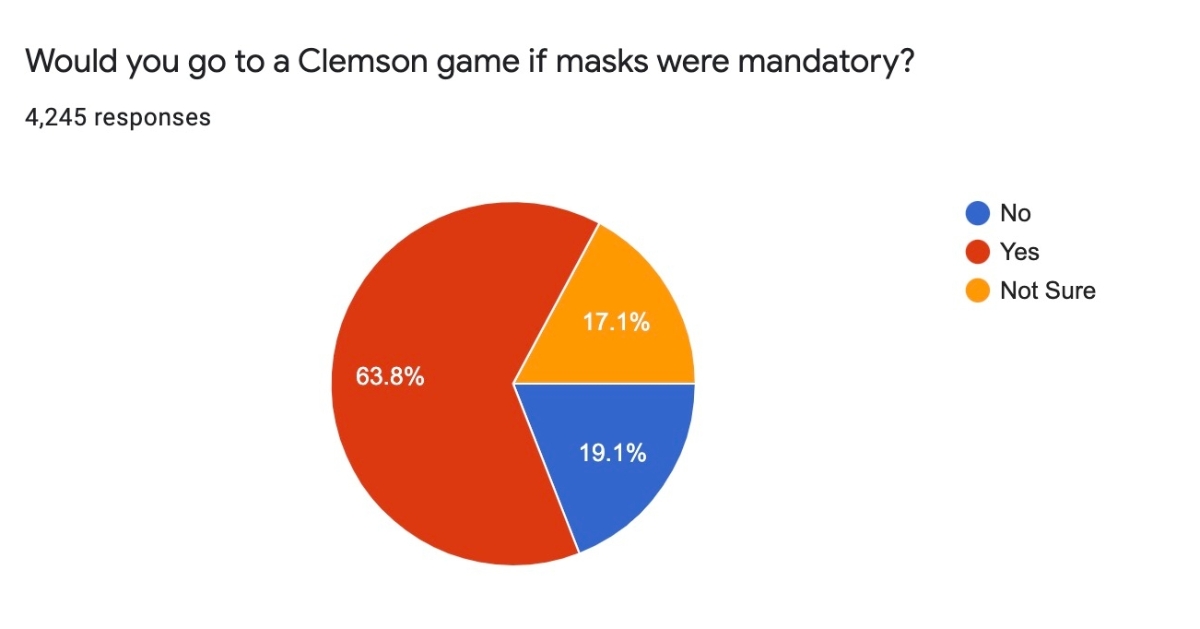 On the subject of masks

In the tailgate scene, 23.8 percent would not attend a game if they were not allowed to tailgate, with 62 percent in the “yes” category. If tailgating was not barred but fans couldn’t attend the games, 41 percent said they would tailgate still. 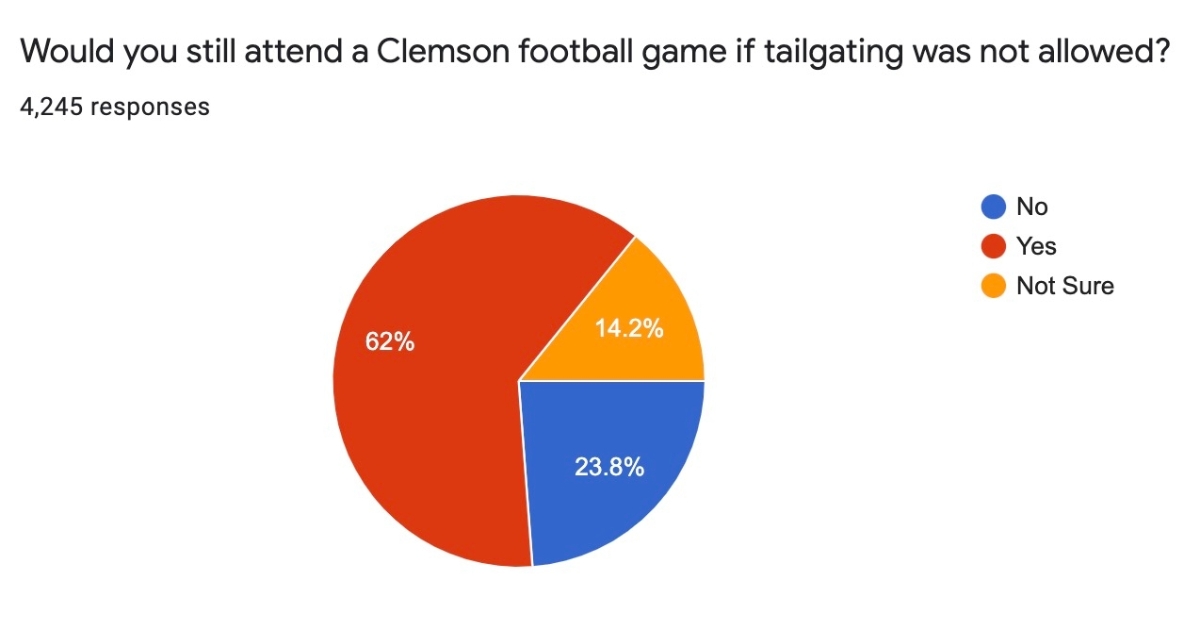 No tailgating would be a dealbreaker for some.

In terms of resources to make a decision on attending, nearly 60 percent (59.8) said they would watch a national news network (FOX News, CNN, OAN, MSNBC, etc.) for the latest surrounding safety regarding COVID-19, followed by local TV news (53) and Clemson coverage websites such as TigerNet (45.5) for news sources. National sports news networks (ESPN, FS1, etc. - 22.3), local newspapers (19.3) and national newspapers (Washington Post, NY Times, etc. - 18.1), as well as Facebook and other social media (19.9), were in a much lower tier.