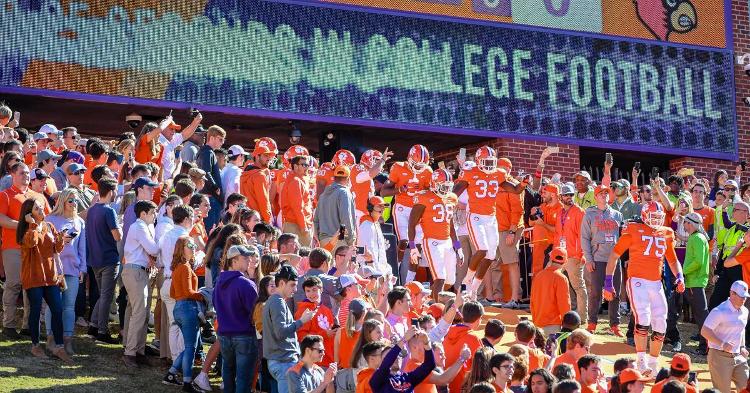 TigerNet held a fan survey last week that yielded over 4,200 responses regarding the 2020 Clemson football season and confidence surrounding it due to the COVID-19 pandemic.

In part one of our peek at the results, we're taking a big-picture look on the campaign.

One question involved rating on a scale of 1-10 the confidence of a Clemson football season happening this fall. Almost half of the respondents gave a 5 out of 10 or lower response (47.1 percent), with 11.9 percent still at a 10 and 10.2 percent at a 1 or 2.

Season confidence scale out of 4,245 respondents

When pressed into making a prediction on a season, 12.7 percent said they don't believe one will happen and 41.2 percent aren't sure if it will happen. 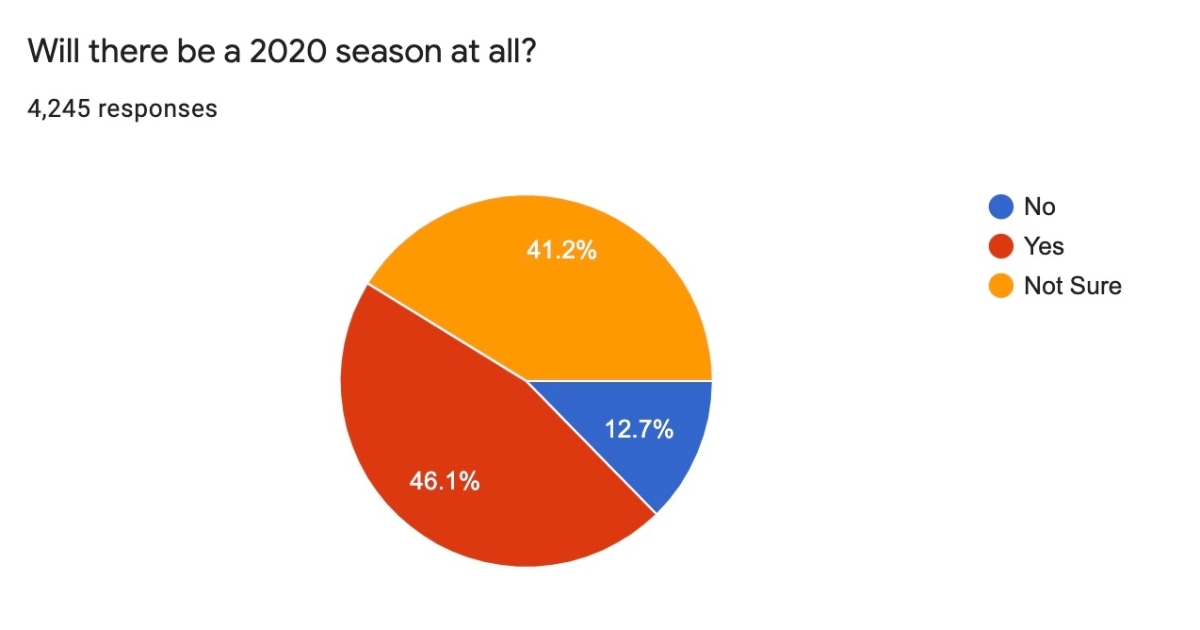 The idea of spring football season has gained steam on the lower levels of college football and is being proposed in high school football as well. Tiger fans queried on it aren't sold. 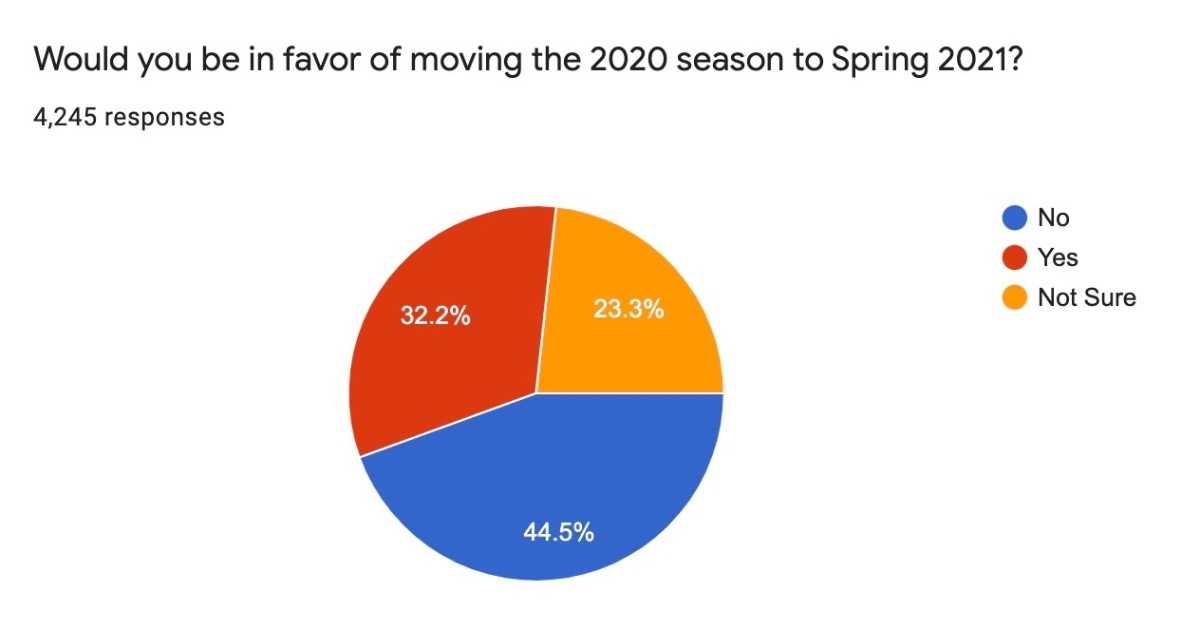 One of the more interesting responses on the survey came with the idea of football season happening without in-person classes.

Nearly 30 percent (28.7) said that the season shouldn't be played without in-person teaching at Clemson, with 12.4 percent not sure and 58.9 percent saying the games should go on. 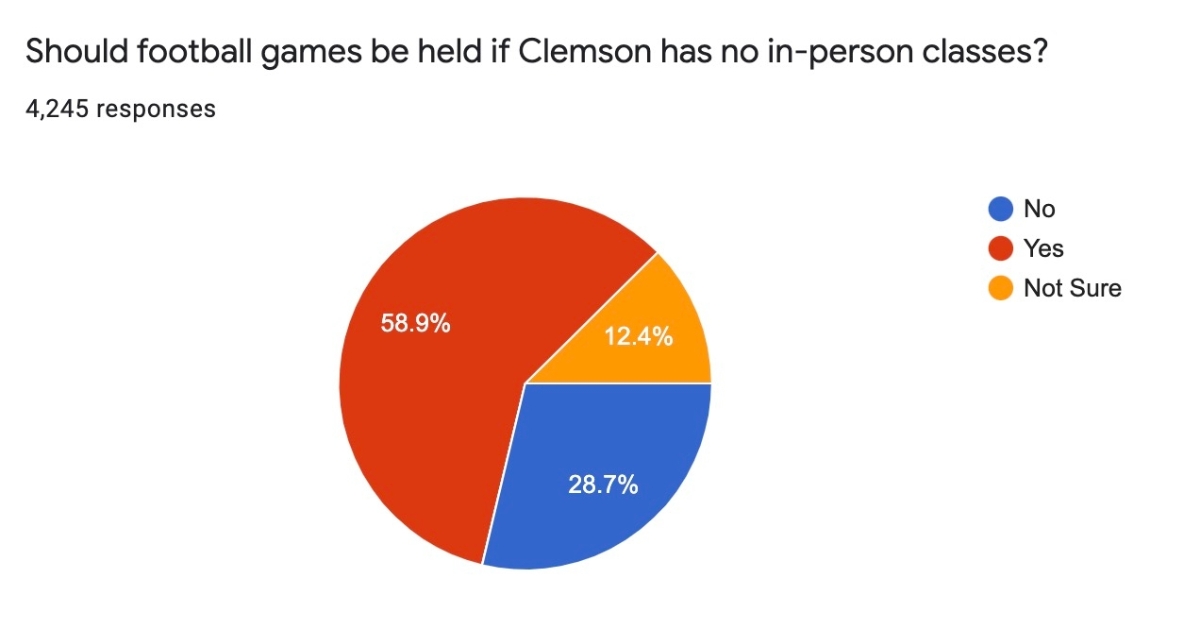 The ACC has said recently that it will make a football scheduling decision in late July.

Up next: Pt. 2 with comfort level on attending, resources used on deciding to go and tailgating's importance to heading to Clemson.