It looks like you are using an ad-blocker. You may not have realized, but our team is mostly supported by ad revenue. TigerNet has provided free Clemson sports news for over 25 years. Help us keep doing that by turning off your ad blocker or joining our ad-free membership level. Thank you!
Go Ad-Free! Continue browsing TigerNet with your adblocker active with a monthly or annual Ultimate Level membership.
Allow sponsors to pay for your browsing Disable your adblocker on TigerNet and ads will fund your browsing.
Already an Ultimate Level member? Please Login | Need help? Contact support
BREAKING
ACC releases new football schedule model for Clemson, conference starting next year 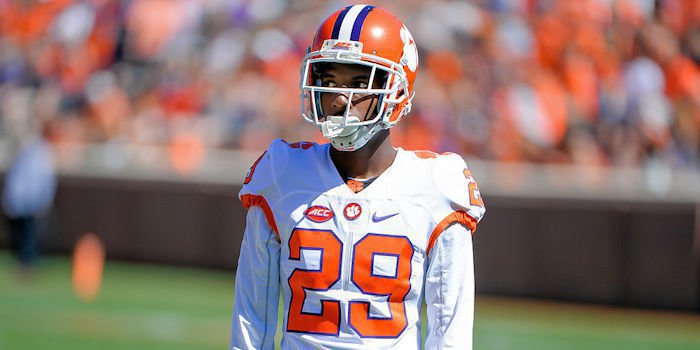 The Hopkins, South Carolina native missed much of his senior season with a foot injury sustained versus Auburn in game two. He finished with 57 total snaps and one tackle with nine games missed and double-digit snaps to finish the season versus Miami (15) and Alabama (11).

Edmond earned the team's 12th Man Award in the 2016 campaign with a couple critical plays in tallying 19 tackles with an interception and three pass breakups over 13 games (three starts).

Over four seasons, Edmond posted 27 stops, including a TFL, with an interception and three PBUs.