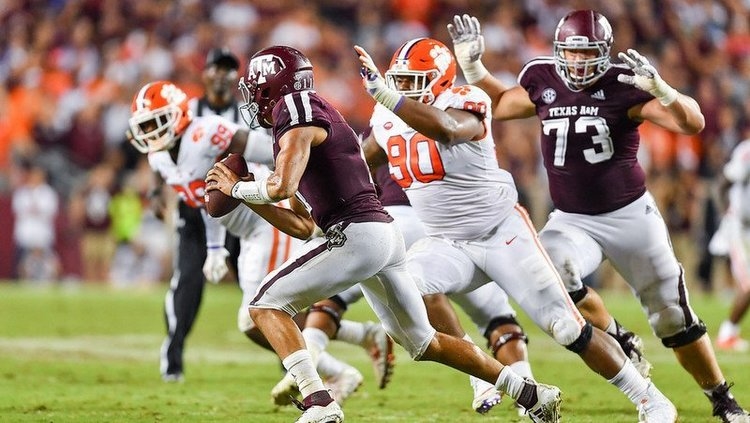 The nation's top-two-ranked programs naturally have the best individual talent in the nation this season.

Alabama and Clemson tied for the most players ranked in the top-15 of ESPN's top-50 players in college football (4) on Friday.

Unanimous first-team All-American Christian Wilkins leads the way for Clemson at No. 5.

"There might not be a freakier athlete in college football than Wilkins," ESPN analyzed, "the 300-pound defensive tackle who has lined up as an edge rusher, run for two touchdowns, been a lead blocker on goal-line packages, worked as a safety in Clemson's spring game and has lobbied his coach all season to play some quarterback. Of course, Wilkins' full-time gig is in the middle of the D-line, where he has been one of the most disruptive forces in the country for four years."

"At 350 pounds, it's almost unfair the way Lawrence can move," said ESPN. "He's a force in the middle of Clemson's star-studded D-line, racking up 37 tackles -- including 7.5 for a loss -- and seven QB hurries to go with three pass breakups. That his numbers aren't more eye-popping is a credit to the talent around him, but on pure size and ability, there might not be an interior lineman in the country with more upside than Lawrence."

Consensus All-American Mitch Hyatt also made the top-50 at No. 47 overall.