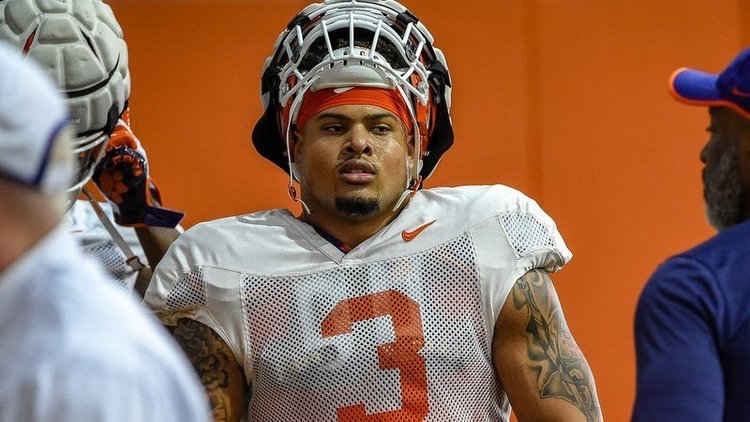 The first-team-only selections were led by sophomore quarterback Trevor Lawrence.

"Lawrence is a bigger, stronger and faster version of the quarterback who dissected Alabama in the national championship game a year ago as a true freshman," ESPN's Chris Low writes. "He'll also be a more confident leader for the Tigers now that it's clearly his show on offense. Lawrence passed for 3,280 yards and 30 touchdowns last season and threw only four interceptions. If there were such a thing as a No. 1 overall pick in college football, Lawrence would be the overwhelming choice."

Joining him on the offensive side is reigning ACC Player of the Year and junior running back Travis Etienne, who rushed for a nation-leading 24 touchdowns last year and averaged 8.1 yards per carry in his nearly 1,700 rushing yards (1,658).

Rising into a new role, Xavier Thomas is projected as a first-team All-American at defensive end.

"The Tigers lost a ton of talent up front from their national championship team, but Thomas is the kind of game-changer who helps fill that void," Low said of the sophomore, who tallied 10.5 tackles for loss in only 304 snaps last year.

2018 Clemson leading tackler Isaiah Simmons rounds out the group of four after posting 9.5 tackles for loss, 97 total stops and a pick-six in his first season as a starter.