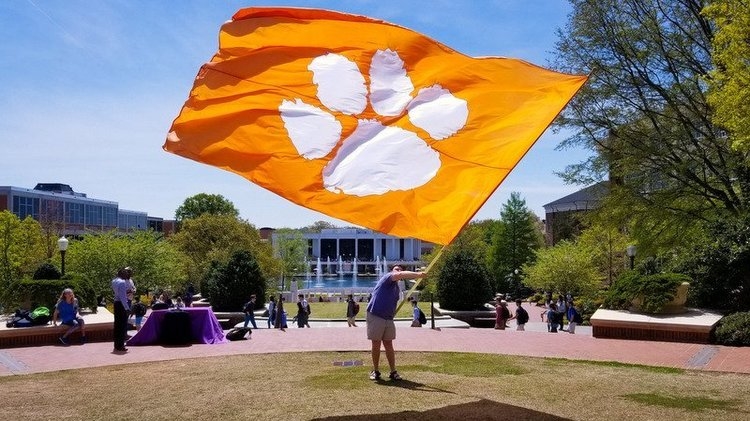 There are a number of factors in play surrounding Clemson's call on welcoming students back to campus this fall.

Obviously the athletic angle is monitored more closely here, but the economic impact to the city of Clemson certainly plays a role as well for the university.

Clemson Area Chamber of Commerce president Susan Cohen had some strong words about the potential impact of students not returning in an article with The Chronicle of Higher Education this week.

“We’re just kind of an anomaly, because we are completely a college town,” Cohen told them. “If the students don’t come back, we’re dead in the water.”

Cohen estimated that one football game brings an estimated $2 million to $2.5 million of economic-impact on the city of Clemson.

In the national picture, NCAA president Mark Emmert confirmed prior statements to ESPN late Tuesday that they will leave potential start dates for athletics to state officials and university presidents.

"These are localized decisions," Emmert said Tuesday. "Local campuses have to decide: Are we opening up, and are we bringing students back to play sports? The NCAA doesn't mandate that, nor should it. The schools themselves have to make those choices."

"The Football Oversight Committee will have a role in putting a date on the calendar eventually, to say you can start some sort of return to play on this date, but that may be on three days' notice," Bowlsby said. "It may be on two weeks' notice. It may be more than that. It's a constantly evolving environment, and forecasting around it is a fool's errand."